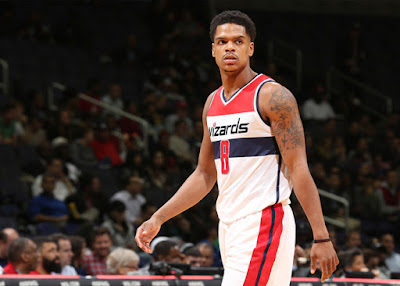 The Celtics have filled their open roster spot by signing veteran forward Jarell Eddie, of the G-League Windy City Bulls, to a 10-day contract, according to Shams Charania of Yahoo Sports.


Eddie is a 6-foot-7, 220 pound small forward, who went undrafted in the 2014 NBA draft after four years at Virginia Tech. He last played in the NBA with the Washington Wizards (26 games) during the 2015-16 campaign and briefly with the Phoenix Suns last season during a 10-day contract stint.

In case his name sounds familiar, this is the second time the Celtics have brought in Jarell Eddie. At the start of the 2014-15 training camp, after being waived by the Atlanta Hawks, the C's signed the forward before being released four days later.

Last September the Chicago Bulls signed Eddie before waiving him one day prior to the start of this season, making him the last roster cut. He would then return to the their G-League affiliate.

Eddie is currently averaging 17 points, on 46-percent shooting (51 percent from 3) and nearly 4 rebounds in 10 games for the Windy City Bulls.


Check out some highlights of Jarell Eddie below: