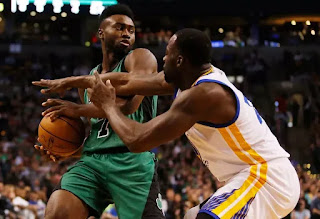 Wizards All-Star guard John Wall will be forced to miss next month's All-Star Game due to a knee procedure that will leave him sidelined for the next six weeks, according to reports.


Brown has had two extraordinary performances against the Warriors, so the praise from Green doesn't come as a surprise, however, an All-Star endorsement from Green isn't something you see every year from one of the biggest trash-talkers of the league.

Commissioner Adam Silver, who replaced the injured DeMarcus Cousins' All-Star spot with Paul George just last week, will have to make a replacement for Wall later this week. Since Wall plays in the Eastern Conference, Silver will most likely replace him with another Eastern Conference player and should be making an announcement by the end of the week.


Brown averaged 21 points against the Warriors this year, while shooting 48 percent from the floor.