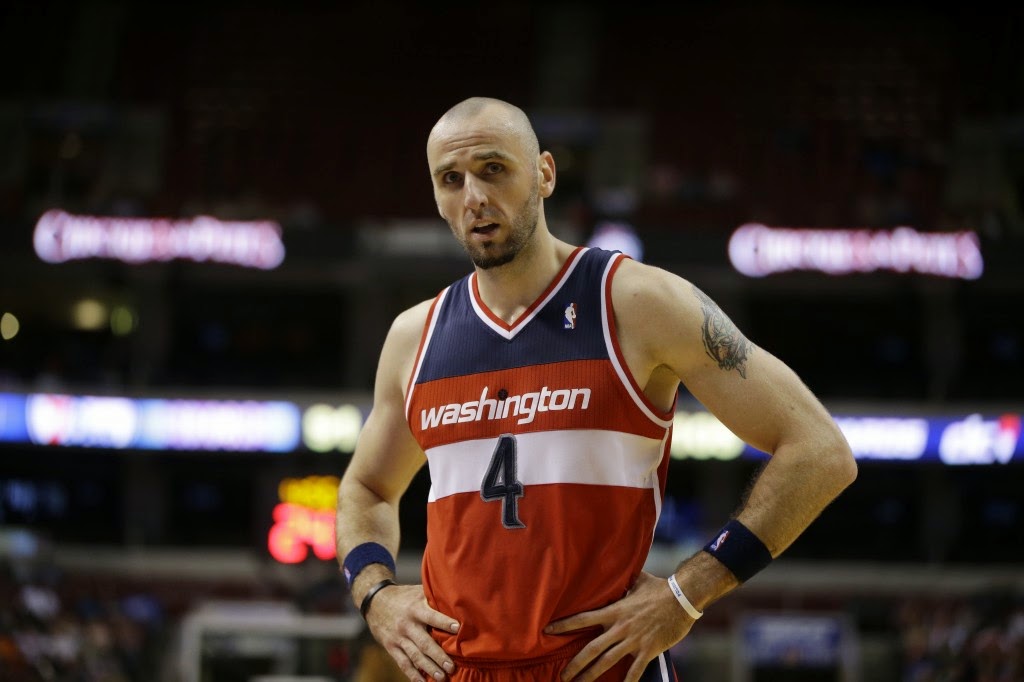 With the Draft Lottery four days away the fate of the Celtics is still up in the air. Danny will have his hands full on decisions to make, which include looking at key free agents already on this current roster (Bayless, Humphries, Pressey, and Bradley), and some good players that are available around the league. Besides the LeBrons and Melos that can opt-out, here is a list of candidates I came up with that Ainge should consider come July 1st.

Rodney Stuckey (14 PPG, 2.2 APG, 44 FG%) 2013-14 Earnings: $8.5 Million
Despite a disappointing 29-53 record for the Pistons, Stuckey was a bright spot in the lineup this season after the previous two lackluster years for the guard in Detroit. He can start and come off the bench, and has been a consistent sixth-man his whole career. He can sub in for Rondo or play with him at the two spot. Rodney definitely is an upgrade over Bayless in my opinion. With Stan Van Gundy as the newest team president and head coach, he might put up a fight to keep the longest tenured Piston in Motown.

Ramon Sessions (10.7 PPG, 4.7 APG, 43 FG%) 2013-14 Earnings: $5 Million
Always been a very serviceable and underrated guard for a long time. Unfortunately he has bounced around the league for the last four years (four different teams). When given the chance he is a good playmaker and shooter. Could be a nice fit behind Rondo and he won't demand much, money wise. Could start or come off the bench, he’s pretty coachable. It’s a win-win if the Celtics decide to bring in a veteran, who can play either guard position for cheap. I don’t think he’s a part of Milwaukee’s long-term plans. 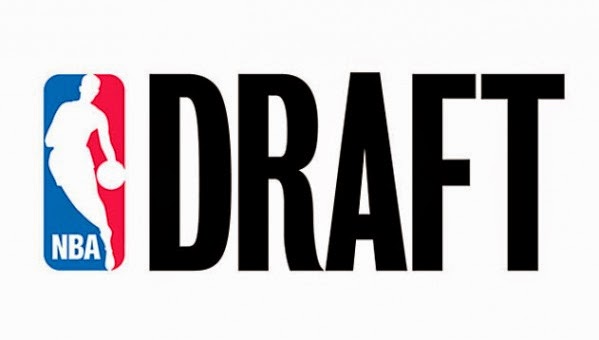 Finally, after a season long tank fest the winner of the NBA Draft Ping-Pong-Ball-Palooza will be announced and awarded the # 1 pick on May 20th. The annual tradition of rewarding teams that showed true determination and grit to really suck during the regular season with a hope for a brighter future is upon us. The Boston Celtics for the first time in 6 years have a watchful eye on the Draft Lottery They ended the season with the 5th worst record in the league and a 10.3% chance at the #1 overall pick.  So even though the Celtics most valuable pick in the 2014 draft is still in flux, the Celtics still hold the 17th pick as a parting gift from Paul Pierce and Kevin Garnett. (Thanks Guys!!) For right now, let’s forget about the potential top 3 pick for a minute and really take a look at the pick we know. 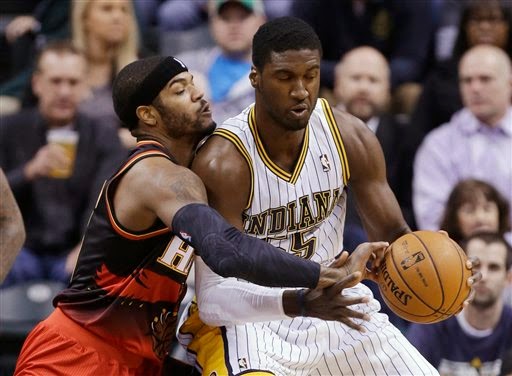 So with the 17th pick there is a 40% chance of drafting an All Star, and strangely enough a 20% chance of drafting somebody named Sean/Shawne Williams.  The Celtics finding an All Star in this particular draft at pick 17 may actually a tad higher than that. It is probably one of the deepest drafts in the past 10 years with a lot of intriguing prospects that are projected to be mid first round picks.

Here are a few I would have my sights set on if I was Danny Ainge. 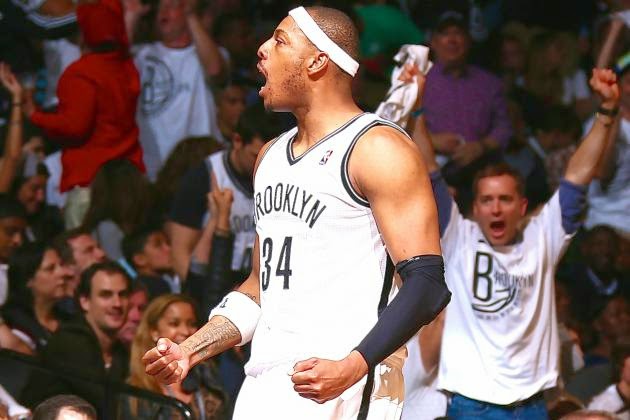 First the new ‘Big Three’ breaks up and it seems like everyday I wake up, somebody has something to say.

Allen is mad that KG still refuses to speak to him since he decided to take his talents to South Beach, while LeBron just doesn't care what ‘The Truth’ thinks. It’s been two years since the last time Kevin Garnett, Pierce and LBJ met in a playoff series.

Since then The ‘Big Ticket,’ and Paul have switched their Celtics green to Brooklyn black and white while ‘Bron Bron’ won another MVP and a championship ring in the M.I.A. with Walter (#34’s real name) now on his side. 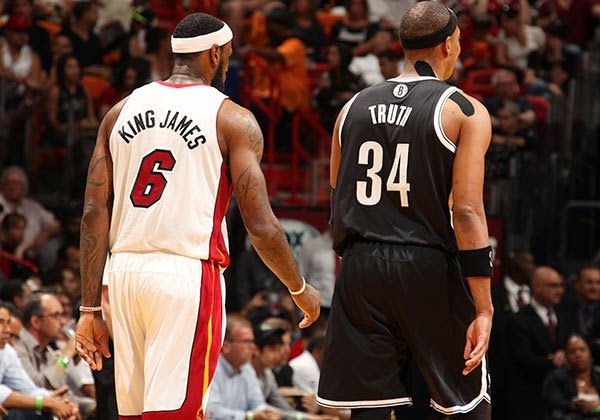 Here we go again, the battle basketball fans have been waiting for, and we all get to witness possibly for the last time. LeBron taking on Paul Pierce and Kevin Garnett in another playoff series, the fifth in the last seven postseasons. It’s what ‘The Truth” and KG agreed to come to Brooklyn for, the chance to knock off Miami to make their third Finals appearance. Even though the uniforms might have changed, there is still no love lost between these old rivals.

“We thought when we played them in Boston, we thought we buried them,” said Dwayne Wade with a smirk, when asked if he ever thought he would ever see Pierce and Garnett after the 2012 Eastern Conference Finals. “Then we got Ray, Doc left and we were like ‘yeah,’ but here they go.” [CBSSports.com]

How Perkins trade to OKC could have changed everything

Three years ago, the Oklahoma City Thunder traded for Kendrick Perkins from the Celtics in a package that sent Jeff Green to Boston. At the time, the Celtics needed a wing player who could score and relieve Paul Pierce before and during the playoffs. But according to Celtics radio broadcaster Sean Grande, Jeff Green wasn't the player who Danny Ainge was seeking.

Turns out Oklahoma City were talking to the Celtics about trading James Harden instead of Green. Harden, who was still on his rookie contract, was on the verge of his breakout season at the time.

He averaged just one point more than Green that season (16) and was nearly dealt to Boston before the trade deadline. 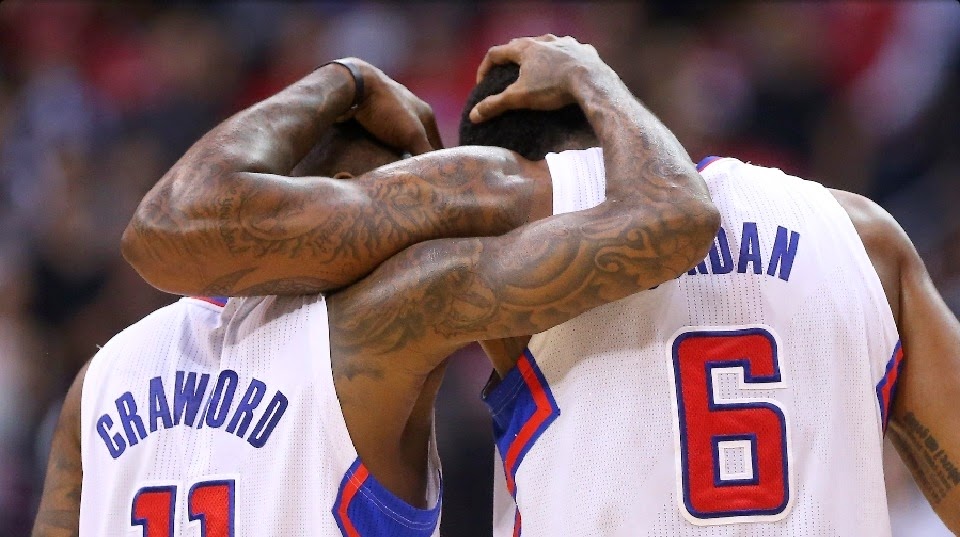 I woke up earlier today and immediately peeked outside my window and to my surprise there was no snow on the ground.

After the last 48 hours of watching basketball on TNT and ESPN, I could have sworn it was Christmas morning.

In 2004, the NBA decided to extended the first round of the postseason from a best-of-five to a best-of-seven games series.

A decade later we the fans, finally get to reap the benefits of multiple game-seven match ups for the next two days.