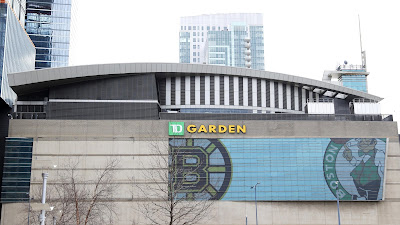 It has been an interesting 2020-21 season for the Celtics, as some sense of normalcy is coming back to the city of Boston just in time for the playoffs.
The team announced on Friday that the TD Garden will increase crowd capacity for Game 3 on May 28 and Game 4 on May 30 of the Celtics' opening round series against the Brooklyn Nets. While there were no details on the percentages for either day, the statement did mention Game 4 would host fans "at near full capacity."


The announcement comes just days after Massachusetts Governor Charlie Baker said that the state would be lifting COVID-19 restrictions beginning on May 29, the day between Games 3 and 4.
While Baker's announcement calls for all local sports venues to operate at full capacity starting on May 29, Celtics general manager Danny Ainge said on Thursday that the team was waiting on clearance from the NBA before officially releasing additional tickets to the public.

"We're waiting to figure all that out," Ainge said on 98.5 's Toucher and Rich. "There's our state and then there's the NBA. There's all sorts of protocols and hoops to jump through. So it's pretty complicated. I'm not sure how that's going to work."

The Celtics didn't play in front of their home fans this season until March 29, when TD Garden was at 12 percent capacity under Massachusetts' guidelines before increasing to 25 percent as of May 10.
With another increase of fans allowed at TD Garden for Games 3 and 4, it'll be the first time former Celtics All-Star Kyrie Irving will play in front of his old team's home fans since leaving for free agency back in 2019.
For a full series schedule, click here.