Celtics Pregame: C's offense showed life in Game 3, Bulls will look to refine theirs in Game 4 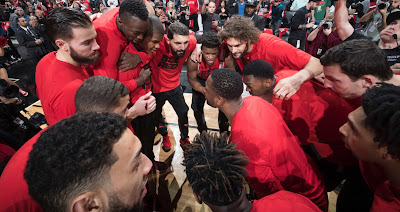 The Celtics rediscovered their offense in Game 3.

For two consecutive games, the Celtics struggled to find consistency on the offensive end of the floor but came out drilling shots from the perimeter and sustained their efficiency in the second half, where they grabbed a big lead and eventually closed out their first win of the series.

Meanwhile, the loss of Rajon Rondo has impacted the Bulls -- a team that will have to rediscover themselves on the fly in order to avoid a 2-2 tie heading into Boston.

Jae Crowder got off to a quick start on Friday and his shooting touch was contagious. Avery Bradley found his way, especially in the second half as he finished with 15 points, including 4-of-6 from deep and so did the rest of the Celtics rotation.


"Avery had a great game tonight," Brad Stevens said after Game 3. "I couldn't take him out of the game. He played the first 18 minutes of the second half."

Stevens made a surprising change to the starting lineup on Friday -- adding Gerald Green in place of Amir Johnson. Expect to see the same starting five in Sunday's Game 4.

Green's contribution to the starting unit wasn't a game-changer, per se, but as a whole his presence helped the Celtics control the pace of the game. The production from the second unit also played a big part in their success.

While the starters got their rest, guys like Terry Rozier (11 points), Marcus Smart (7 points, 6 rebounds, 5 assists) and Jonas Jerebko (6 points) provided just enough to take care of the Celtics' double-digit lead before the starters checked back in to finish off the second half.


"I thought the bench gave us a great lift in the first quarter and then again in the fourth," Stevens said. "We got a lot of contributions from a lot of guys."

While the Celtics did make 17 3-pointers in Friday's win, don't expect to see them reach the same feat on Sunday, however, Boston has proven they can score from inside the perimeter. Their ball movement on Friday led to open looks from the mid-range and easy twos down low.

The Bulls will certainly miss Rajon Rondo, who is expected to sit out for the remainder of the series, but expect head coach Fred Hoiberg to make the proper adjustments in Game 4. For starters, assigning a new point guard to call the shots and going deep into his bench for offensive production.

Bobby Portis hasn't put together a strong performance since his 19 points in Game 1 and Cristiano Felicio isn't going to put up a lot of points. Paul Zipser can be a reliable source for scoring but don't be surprised if Hoiberg turns to Anthony Morrow or Denzel Valentine if Portis or Zipser aren't getting it done.

One thing's for sure is Isaiah Thomas and Jimmy Butler will each put together a big scoring night. It's very rare to see two elite scorers such as themselves score fewer than 17 points and not bounce back. The Bulls will also rely on Dwyane Wade, who says he likes his team's chances to win the series, for a big night.


"We're in a good position," Wade said. "One thing Rondo did before he went out is help us win two games on the road. Now we have two of the next three (games) on our home court and we have to come in and take care of business at home."