RJ Hunter returns to the Celtics on a two-way contract 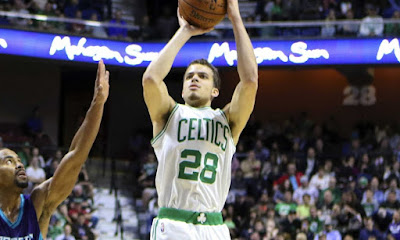 According to Priority Sports management, the Celtics and RJ Hunter have agreed on a reunion via a two-way contract. The former 28th pick in the 2015 NBA Draft is returning to Boston and the team that originally drafted him.

Hunter's agency, Priority Sports, confirmed the deal after it was reported on Wednesday afternoon that the Celtics were considering filling their open Two-Way roster spot. Danny Ainge waived Hunter prior to the start of the 2016-17 NBA regular season, electing to take a chance on James Young instead (we all know how that worked out), after having 16 fully guaranteed players signed at the time.


RJ Hunter went on to be signed by the Chicago Bulls during the 2016-17 campaign and last season averaged 3.8 points in 9 minutes per game for the Houston Rockets, while splitting time between the G-League an the main roster.

During his rookie year and only season in Boston, Hunter played 36 games, shooting 37-percent from the field, while averaging 2.7 points in 8.8 minutes.

The Celtics left their second two-way spot open in search of guard depth after Walt Lemon Jr. was waived during training camp. Hunter, still only 25 years-old, hit 42 percent of his shots, including 35 percent of his 3's during his college career at Georgia State, while averaging 18.4 points a game.

Hunter will join PJ Dozier up in Maine with the Red Claws, as the Celtics have now filled their two-way roster spots ahead of the NBA trade deadline on February 7.