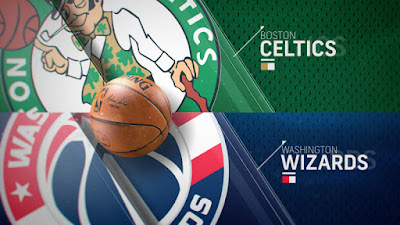 Celtics, the No. 2 seed in the East, will look to finish strong after losing at home to the Hawks on Sunday afternoon, while the Wizards, who currently find themselves as the No. 8 seed, are on a four game skid and despite the return of John Wall, Washington is 2-7 in their last nine games.

The Wizards are one of three teams (Heat and the Bucks) that could potentially face the Celtics in first-round of the playoffs, especially if the Wizards beat Boston and win their last game of the season, as they're only half a game out the seventh seed behind Miami.

It was reported on Monday that Marcus Smart (thumb) could be back in the Celtics' lineup towards the end of the first round or the beginning of the second round, as the fourth-year guard is ahead of his scheduled return.

For the first time in over two months the Wizards are finally healthy and will look to sneak up the Eastern Conferance standings, when they host the Celtics in front of national TV audience.

Click below as Josue Pavón and Tom Westerholm of MassLive.com previews tonight's matchup.