Kemba Walker (flu) out against the Hawks 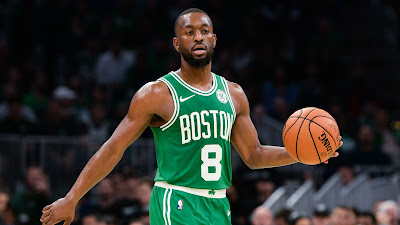 After his second return to Charlotte in a 109-92 win and enjoying his New Year's Eve with Celtics teammates, Kemba Walker will sit out against the Atlanta Hawks due to the flu.


Kemba Walker is OUT for the Celtics tonight vs the Hawks due to the flu.

Boston has recalled Tremont Waters from Maine for tonight’s game. Carsten Edwards will stay with the Red Claws and will meet the Celtics in Chicago tomorrow.
— Keith Smith (@KeithSmithNBA) January 3, 2020


Marcus Smart, who will be playing in just his third game after being out for nearly three weeks with an eye infection, will start in Walker's place. Mr. Eastern Conference Player of the Week Jaylen Brown (illness) has been listed as probable after sitting out Tuesday against the Hornets.