Why a Jaylen Brown All-Star snubbing is imminent 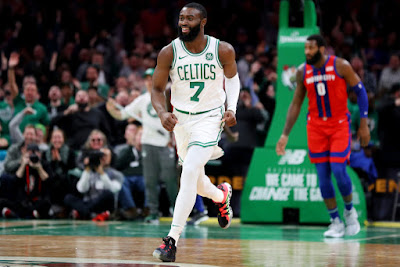 Jaylen Brown is playing great and is having his best NBA season to date, as he's one of the main reasons why the Boston Celtics own the second best record in the Eastern Conference.

Brown is having a leap year that most have been waiting for and has Boston buzzing with talk of him being the center piece for years to come.  Brown, paired with Jayson Tatum, is looking like a lethal duo that will be the reason why banner 18 is raised within the next few seasons. He has proven that Danny Ainge made the right choice when he reached and bypassed a bunch of talented guards for a project in the 2016 NBA draft.

I think we can all say that we are impressed by Brown's play and he is playing at a level that he should be considered for this year's All-Star team and I agree with all of that. However… there is exactly .0000000000001-percent chance he makes the All-Star team this year and Celtics fans just need to deal with the fact that he is not there yet. This has nothing to do with him playing poorly of late – and has everything to do with how well the guard play has been in the Eastern Conference this season and he just doesn't stack up. Those are just the facts that will keep you all up at night.

If I have to hear another delusional Jaylen Brown All-Star take, my head is going to explode. Rookie Grant Williams said he would go full Dennis Rodman and dye his hair pink if Brown makes it alongside Tatum and Kemba Walker… there is a better chance that he impersonates "The Worm" and gets asked by Madonna to be the father of her child.  No Pink Hair – No Jaylen Brown on the All Star team.


Grant Williams is up here urging everyone to vote for #Celtics teammates Kemba Walker, Jayson Tatum and Jaylen Brown to make the #Nba All-Star team.

He promises to dye his hair pink for a month if all 3 players make it pic.twitter.com/RAxxBwGJcr
— Celtics on CLNS (@CelticsCLNS) January 14, 2020


Now – if you have been listening to the Causeway Street Podcast, you know that I have been extremely critical of Brown since Ainge drafted him. I have asked him to be traded on numerous occasions and have struggled to flat out root for the guy. But this year is different – he has been playing GREAT! He just won't make it to Chicago next month… and here's why. The East is LOADED at the guard position. There will only be five guards; tops, that will make the team. I have created the definitive guard hierarchy that will define the East in this year's NBA All-Star game selection.

NOTE: Four Spots are reserved for GUARDS – anyone on this list that is No. 5 or lower, will only make the team as wild card selection which also takes into account the leftover frontcourt candidates.

This should be a no brainer, both Kemba Walker and the Hawks' Trae Young have had great seasons and both are really high on the fan voting. They should be locks to start – if anyone thinks Jaylen Brown should start over these two…. You need to get your hair cut and put down Celtics mascot Lucky's pipe for a minute.

Now let's look at the reserves, as this is where things get very iffy for the young Celtics wannabe All-Star. There are technically two guard positions on the bench, then two wild cards that will be chosen from the remaining All-Star candidates for both guards and the frontcourt. So how does Brown stack up?

Beal has career highs in about everything. Yes… the Wizards have been horrible but that hasn't stopped Beal from playing at a level that is absurd to think he won't make his third All-Star game selection. 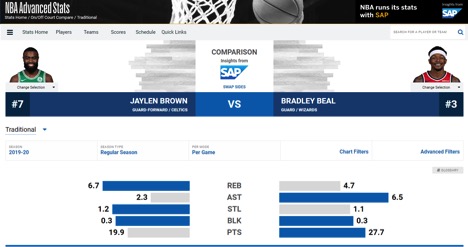 The Raptors lost Kawhi Leonard and DeMar DeRozan over the past two seasons and Lowry has been the one consistent on that team, outside of an injured Pascal Siakim, that somehow isn't washed up after a Finals run where they basically leaned on Kawhi the entire ride.  Lowry has similar numbers to his previous five All-Star campaigns. If we are looking comparatively to what Jaylen Brown has been doing – it is tough to say that he has passed Lowry in the hierarchy of guards in the East, he isn't there yet. 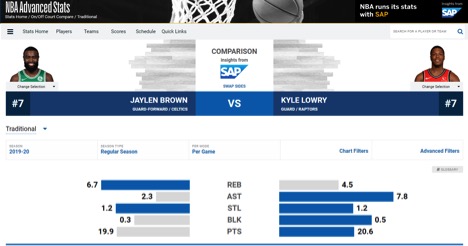 If one wants to speak of a breakout season for Jaylen Brown as being the reason he should be an All-Star, then in that same breathe you can't possibly say that he should be chosen over Zach Lavine. He has been an absolute monster this year and is averaging 25 points per-game while being legit… the ONLY reason anyone is watching the Chicago Bulls. Also – you pretty much need to have ONE All-Star from the host city… that is not a rule… but is followed every year. It just isn't looking like Lavine is going to lose out to Brown this year. 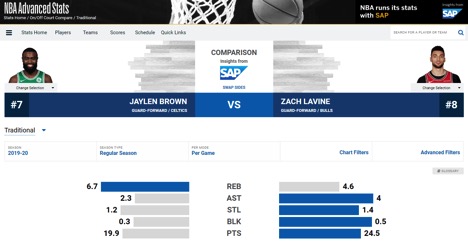 Hate him or Love him, Sixers' guard Ben Simmons is still posting a very Ben Simmonsy, unorthodox, but extremely impressive stat line this year. At 15 points, 8 rebounds and 8 assists he has mastered stuffing the stat sheet with everything but three point attempts. I am not saying Simmons is going to make the cut but if the East goes EXTEMEMELY guard heavy – he would still get somewhat of an edge up against Brown for the last spot on the team. 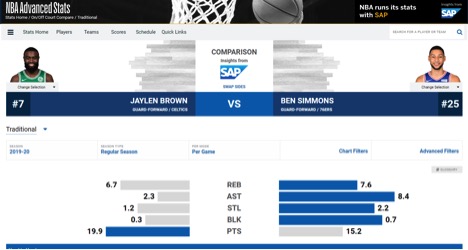 This is where Jaylen Brown belongs, if you really want to fight me on Brown over Ben Simmons – we could probably settle it in the streets… but still the likely hood that six guards make up the Eastern Conference squad would be really unorthodox. So even if you put him ahead of Simmons, I'm not there yet.

The Nets guard held it down in Brooklyn during a breakout year, especially since their fearless leader has been mentally soft all season. Like Brown, Dinwiddie is deserving of being honored but will be SNUBBED. 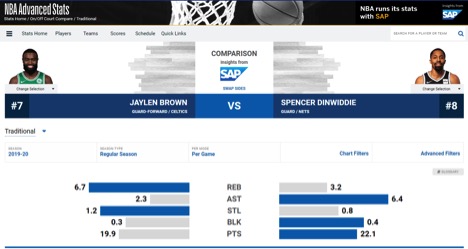 Statistically Pacers' free agent signing Malcolm Brogdon has a long shot for an All-Star selection, but is definitely worthy of a mention here because he has held it down while Victor Oladipo has been out. Strong season and I am positive if he was having the same season on the No. 1 seed Bucks – he would be much higher on this list.

As I mentioned earlier there will be some competition from the frontcourt candidates for the last few spots. Even if you wanted to jump Jaylen Brown up on this list of Eastern Conference Guards – after the fourth spot – he would be going up against the likes of the following All-Star candidates that would be impossible to choose Brown over any of these guys.

He is an absolute MONSTER this year on the boards and is really having a breakout season. He has been the Pacers best player and they are the fourth seed in the East – he has been a nightmare for opposing frontcourts. Sabonis should be a lock to make the All-Star team in my opinion.

As much as I think Jason Tatum is a lock for an All-Star selection and has arguably been the best player on the Celtics from the beginning of the season to now – he is still going to be a little bit on the bubble. There is no one in their right mind that would say that Tatum shouldn't be chosen as an All-Star but this goes to show how some are living in the ALL THE CELTICS ARE ALL-STARS bubble and ignoring the rest of the talent in the East… That being said… if Tatum doesn't make the All-Star team, tune into the podcast to hear me lose my sh!t.

Bam Adebayo is having a breakout season and his game is something like a Greek Freak light. He Does it all for Miami right now and is a big reason they are third seed. He and Brown could be a toss up but still, his name must be mentioned.

So if I haven't convinced you yet that Jaylen Brown has no chance of making this team, don't forget about the unfortunate soul who was in Boston last year and just might slam the door right in Jaylen Brown's face and that is our old friend Kyrie Irving.

I have chosen to live and write this article in a world where Kyrie Irving doesn't exist. However, if he continues to play, since recently returning after missing 26 games and is voted as a starter, Brown falls even farther down the list of guard hierarchy – by default. I also wouldn't put it past Irving to come back only to play in the All-Star game – then sit out the rest of the year just to spite his former teammates.

At last count, Irving was in second place in fan voting for East guards, and if healthy, is penciled in to start. This motherf#&@er just won't go away… So I have chosen to give the benefit of the doubt that Irving will be an injury scratch. But, the bottom line is: If Irving does suit up – Brown's chances go from .0000001- percent to about a negative 5000 - percent to make the squad.