Can Celtics win title with 'equal depth' and no 'clear hierarchy?’ 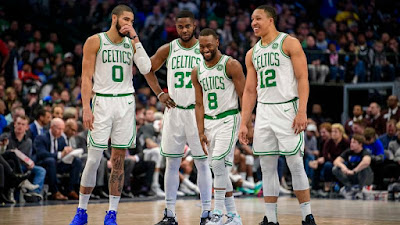 Despite holding the third-best record in the NBA heading towards the half-way point in the season, is Danny Ainge content with having what he calls "equal depth," while lacking a "clear hierarchy?"

Ainge had broached his thoughts to ESPN's Rachel Nichols in an interview las month:


"I think I'd be a little more careful going into building another team that had such equal depth. The Lakers have really good depth."

"Last year, we had eight guys - nine guys - that all thought they were equal to each other. It makes it easier to accept roles when there is a clear hierarchy."

Ainge clearly was looking at this season's Lakers team with LeBron James and Anthony Davis as alpha-one and two, respectively. The same may be said in regards to Giannis Antetokounmpo and the Milwaukee Bucks. The Greek Freak is clearly the top player on that team. But the problem lies with potential injuries. Take away LeBron, The Brow or Giannis from their teams, and victories would take a major hit.

Not so much with this current Celtics roster, while the only player to miss zero games from Boston's core-five is Jayson Tatum. Kemba Walker has missed three games - Jaylen Brown has been out for four, Marcus Smart was out for nine games and Gordon Hayward missed a total of 17 contests. But the team just kept winning.

Of course there is no player on the Celtics that is completely indispensable. That can't be said for the Lakers or Bucks. Boston for the most part has no clear-cut leader. Nor is there a defined most-indispensable player. The 60's Celtics teams had Bill Russell at the helm, the 70's saw John Havlicek as the top-dog, while during the 80's Larry Bird was the undisputed leader. Paul Pierce took over in the 2000's, assisted by Kevin Garnett upon his arrival in Boston. A Celtics leader may come forward in the 2020's, but it has not happened yet. 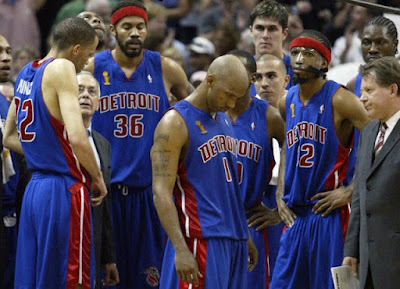 At the moment there is nothing wrong with having no clear leader when it comes to this current Boston team. Winning cures a lot of ills, and the Celtics are doing just that. Equal depth and no clear hierarchy present no issues for Ainge's team. In some ways, they mimic the 2004 Detroit Pistons championship squad. There was no clear leader among the five starters. Rip Hamilton, Tayshaun Prince, Ben Wallace, Chauncey Billups and Rasheed Wallace, aided by their bench, took out the mighty 3-peat Lakers led by Kobe Bryant and Shaquille O'Neal.

That Pistons team played as a unit with all five starters contributing equally. So far the same can be said for the 2019-20 Celtics. The Boston core-five contribute equally, but in varying ways. Can they go all the way this season? Yes, they have a great shot - and with very few alterations in the current lineup. Equal depth and no clear hierarchy can be an advantage. Let's see if it works.