Jaylen Brown (hamstring) doubtful for Game 2 against the 76ers 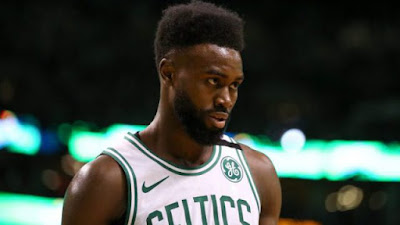 According to Celtics coach Brad Stevens, Brown is considered doubtful. Despite Jaylen's confidence Tuesday -- when he guaranteed A. Sherrod  Blakely of NBC Sports Boston he would make his return Thursday night at TD Garden -- team officials are still leaning towards keeping Brown off the court to avoid long-term damage to his hamstring.


"The bottom line is with this hamstring injury, it's not terrible," Brad Stevens explained. "It's not a long-term thing, it shouldn't linger if he comes back at the right time. But you could make it worse if you don't come back at the right time, if you have to guard J.J. Redick and Marco Belinelli and he's going to have to do that so this is a great test to know when you're going to be back or not. Because it's not just about running, it's about running at full speed all the way around the court, so that's the real test."

Coming off their 117-101 Game 1 victory, the Celtics are making the right choice in being cautious with Brown. For a best-of-7 series that could end up going the distance, it's important to give their two-year guard enough time to heal.

Barring any setbacks, Brown could be a vital piece towards the tail-end of the series or when it shifts to Philly for Game 3 & 4.


"He wants to play, but he's smart about it," Stevens said to reporters at the Celtics practice facility in Waltham. "He trusts our trainers."