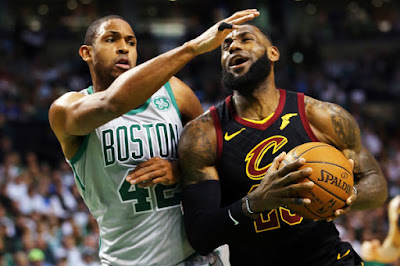 Five time All-Star Al Horford has been named to the NBA All-Defensive Second Team, the league announced on Wednesday afternoon.


Six players selected to an NBA All-Defensive Team for their First Time! pic.twitter.com/sm9nmQOIT6
— NBA.com/Stats (@nbastats) May 23, 2018


This is Horford's first selection, while also receiving 24 first team votes, as he played a huge role in the Celtics league-leading defense.

Horford's size, versatility and quickness has proven to be able to be vital when guarding perimeter players and defending on the block, while holding opponents to 101.1 points per 100 possessions this season when he was on the court.

In the playoffs Horford turned up his defense another notch against the Milwaukee Bucks and Philadelphia 76ers in rounds one and two. With the Celtics and Cavs now tied at two games apiece, Horford will once again be key on the defensive end if Boston wants to advance.

Though no other Celtics player got the nod for any of the NBA defensive teams, Jaylen Brown and Marcus Smart both received votes.