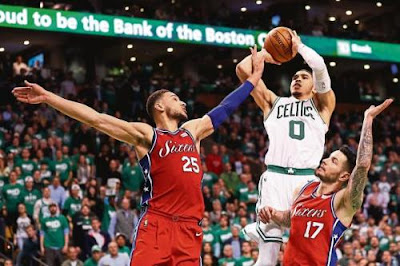 For a team that has won 20 of their last 22 games, the Sixers will head into Game 2 with a much different approach Thursday when they look to even the best-of-7 series against the Celtics.

It's going to take another valiant effort from the C's in order for them to win two straight, here are five keys for them to secure a Game 2 victory:

After the Celtics nearly held the Sixers to under 100 points in Game 1, Philly will look to get its offense going early and often in Game 2. As a top-10 scoring team during the regular season, the 76ers averaged 110 points and their transition offense is a big reason why.

The Celtics need to limit Philly's fast-break -- which starts with Ben Simmons. Boston coerced the 21-year-old rookie into committing seven turnovers Monday night and if the C's rattle Simmons -- the head of the snake -- again in Game 2, it'll put them in great position for a win.

For a team that finished the regular season with the sixth most total transition points, this is the most important key. 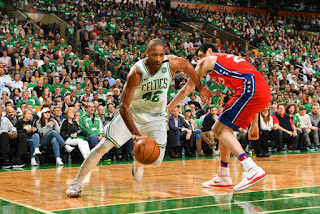 The veteran big man is on fire. He shot 79.3 percent in his last two games on 23-of-29 shots while averaging 26 points along with 7.5 rebounds. Playoff Al is in full effect and his production can't slow down in Game 2.

In other words, keep giving the ball to Al Horford. The Celtics need everything they can get from him.

Horford's demonstrative approach throughout the postseason has resonated throughout his teammates, that'll also come in handy in Game 2.

Horford has provided the scoring punch on one end while anchoring the defense on the other, but is also the team's emotional leader. When he gets pumped up in his rah-rah moments, it gets his teammates going along with the fans at TD Garden. 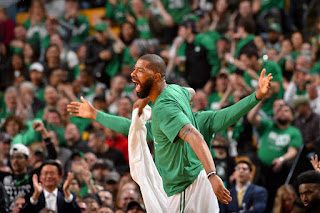 With Jaylen Brown's status as doubtful for Game 2, Brad Stevens will have to take Marcus Smart away from his second unit for a second straight time and shorten his rotation. Behind an eight-man rotation, Stevens was able to lean heavily on the 83 points from Al Horford, Terry Rozier and Jayson Tatum in Game 1 -- which was special but he can't rely on lighting to strike twice in Game 2.

We need to see more from the Celtics' second unit -- which combined for 19 points in Game 1 -- look for Marcus Morris to step up Thursday night. Morris, who's turned in some of his best performances at TD Garden, is due for an 18-20 point game.

After scoring 10 and 11 in his last two games at home, expect a boost from Morris in Game 2.


4. Be Aggressive, Get to the FT Line

Aside from Joel Embiid's monster double-double (31 points, 13 rebounds), it was Philly's ability to get to the charity stripe that kept the game relatively close through three quarters. The Sixers attempted 35 free-throws in Game 1, finishing a plus-16 against the Celtics. Boston has to change that in Game 2.

hey have to be aggressive. Jayson Tatum attempted 12 of the Celtics' 19 free-throws Monday, and if his teammates can follow suit Thursday, it'll put Boston in good shape while also slowing down Philly's offense. 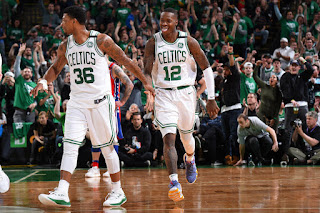 After attempting 35 3-pointers in Game 1, the Sixers are going to make sure the Celtics never drain 17 treys again in this best-of-7 series. However, that shouldn't stop the C's from challenging Philly to defend the perimeter.

Boston got way too many open looks Monday. Guys like Rozier, who knocked in seven, Horford and Tatum had plenty of time to get their shot off from the arc -- where the Celtics exposed Philly's biggest weakness.