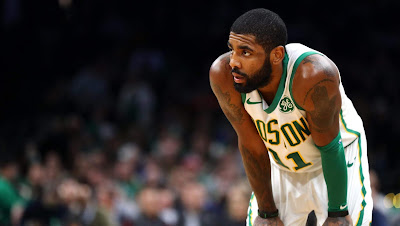 All-Star guard Kyrie Irving will officially opt out of his final year with the Celtics and test free agency.

Irving, who had $21.3 million left on his deal, will become an unrestricted free agent this summer, according to The Athletic's Shams Charania.

Celtics' Kyrie Irving is not opting into his $21.3 million deal for next season and will become a free agent eligible to sign a new contract with Boston or elsewhere, league sources tell @TheAthleticNBA @Stadium.
— Shams Charania (@ShamsCharania) June 12, 2019

The news of Irving's decision doesn't come as a surprise. He would be doing himself a disservice otherwise as he's due for a max-deal that will handsomely pay him north of over $30 million per year.

However, the Celtics are the only team that can offer Irving a five-year deal, worth $189 million. Still, it's safe to assume that Irving will consider all of his options before ultimately making a decision.