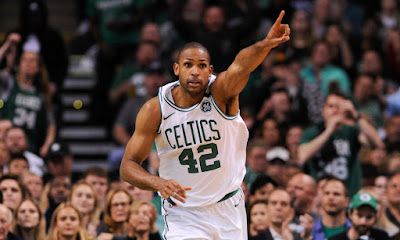 The 12-year veteran will opt out of his contract, according to ESPN's Adrian Wojnarowski and is interested in locking in a long-term deal with the Celtics.

Boston Celtics center Al Horford will not exercise the $30.1M option on his 2019-20 contract and become an unrestricted free agent, league sources tell ESPN. Horford and the Celtics both have interest in working toward a new deal in July, sources tell ESPN.
— Adrian Wojnarowski (@wojespn) June 18, 2019

Still, as an unrestricted free agent, Horford is open to negotiate with any NBA team vying for his services. For a player with championship aspirations, Horford could talk to other title-contending teams before ultimately making a decision on which team he plans to play for next season.

However, the flexibility of retaining Horford's services for less dollars throughout the 2019-20 season certainly benefits the Celtics -- a team that's looking to carve out a greater mid-level exception offer for an impending free agent in what has turned into an unexpected summer for Boston. Opting out of the fourth year of his current deal is also beneficial for Horford, who just turned 33-years-old, and should make more money in the long run compared to the $30.1 million he left on the table by declining the final year of the four-year, $113 million deal he signed back in 2016.

Locking in Horford would cement his place in the Celtics' core moving forward, alongside Gordon Hayward, Jayson Tatum and Jaylen Brown. With Kyrie Irving presumably out of the picture, there's no telling where the Celtics will be in terms of competing for a title between now and the next few years -- Boston is reportedly looking to ink Horford to a three-year deal.

However, Danny Ainge and co. will do their best to convince Horford that Boston is still on the verge of title contention as he weighs out his options. Horford averaged 13.6 points, 6.7 rebounds and 4.2 assists this past season.