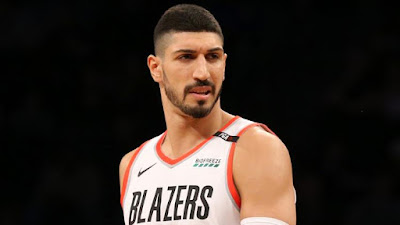 According to Yahoo Sports' Chris Haynes, the 6-foot-11 free agent is expected to receive interest from the Lakers, Celtics and Trail Blazers on June 30 -- the start of free agency.


Kanter averaged 13.7 points and 9.8 rebounds per game last year, including averaging a double-double throughout Portland's deep postseason run that ended in the Western Conference Finals against the Warriors. He opted-in to the final year of his contract with the Knicks, worth $18.6 million before reaching a buyout mid-season to play for the Trail Blazers.

The Celtics will be in the market for a serviceable big man to replace Aron Baynes, who was traded to the Suns last Thursday night during the draft, and Al Horford, who's expected to sign elsewhere after opting out of the final year of his contract.

You can add Kanter alongside Magic's Nikola Vucevic as potential targets for the Celtics in free agency. If Boston strikes out on inking Kemba Walker to a deal, Vucevic or Kanter will be next on its radar.