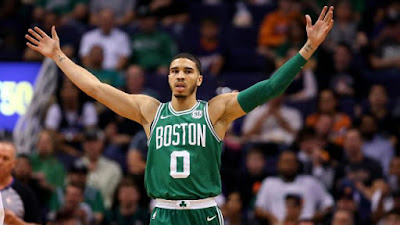 Jayson Tatum's summer just got more interesting as he'll attempt to make a name for himself with some of the NBA's elite on an international level.

According to Adrian Wojanarowski, Tatum has been invited to USA basketball's training camp in August, as he'll look to earn a roster spot when the team competes during September's FIBA World Cup in China.


During his two full seasons in Boston, Tatum holds career averages of 14.8 points (on 46 percent overall shooting, including 40 percent from 3), 5.5 rebounds and 2 assists per-game.

Tatum, 21, is the youngest of all those invited, following Mitchell, who turns 23 years-old in September and Kuzma, who will be 24 in July.

This isn't Tatum's first go around in the USA basketball program. The young vet has won Gold medals at the 2015 FIBA U19 Championship, the 2014 FIBA U17 World Championship and the 2013 FIBA Americas U16 Championship.