Aron Baynes will opt-in with Celtics 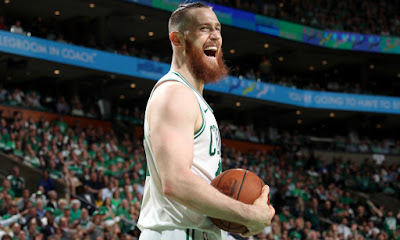 According to The Athletic's Shams Charania, Baynes will opt in to his $5.4 million contract, keeping him in Boston through the 2019-2020 campaign. The seven-year veteran expressed interest in returning to the Celtics following Boston's second-round knockout to the Bucks, but mentioned concern about what his role would be.


For the past two seasons, Baynes has provided the defensive muscle for Brad Stevens -- proven to be the Celtics' best frontcourt defender alongside Al Horford. Baynes signed a one-year contract with Boston back in 2017 before signing a two-year deal last summer.

Baynes averaged 5.6 points and 4.7 rebounds in 51 games during the regular season. Injuries kept him off the floor for a good chunk of the year.

The Celtics hope Baynes will be healthy next season. Meanwhile, All-Star guard Kyrie Irving declined his player option for next season, making him an unrestricted free agent this summer.