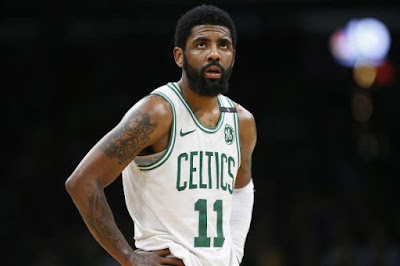 The Kyrie Irving era in Boston is all but over, at least once the clock strikes 6 PM EST on June 30, as more speculations continue to come to light about the pending Celtics free agent and his feelings towards his soon to be ex-teammates, coaches and even the city of Boston altogether.

While it seems like the Brooklyn Nets are still debating on having Irving come as a "solo act" or not at all, ESPN's Jackie MacMullan spoke about the superstar point guard's dislike of Boston and all that came with it.

Chris Mannix of Sports Illustrated recent said that Irving not only had issues with Ainge and Stevens, but didn't get along with younger teammates, in particular Jaylen Brown and Terry Rozier.

MacMullan believes that due to Irving not being a fan of Boston, that led to Anthony Davis not wanting to be traded to the Celtics or signing long-term.

As Danny Ainge is "re-tooling" his roster for next season, he can only hope that the many new faces will have some sort of appreciation for the Celtics and Boston as a city more so than Irving apparently never had.