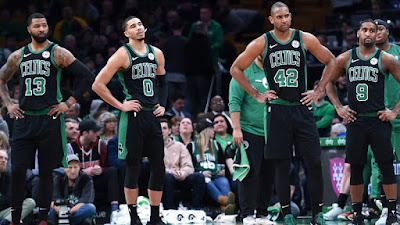 Marcus Morris believes what happened Saturday night between the Celtics and Clippers was unacceptable.

He's willing to do whatever it takes for his team to be where it needs to be in order to compete for a championship but has had a lot weighing on his mind. Following the Celtics’ 123-112 loss, Morris let it all out.

There's a problem embedded within the fabric of the Celtics culture, according to Morris, something he says he doesn't see when he faces other teams around the league.


"For me, it's not really about the loss, it's about the attitude that we're playing with," Morris said. "Guys are hanging their heads, it's not fun. We're not playing at a high level, even when we're winning it's still not fun.

What needs to change?

Morris didn't hold back. He expressed how the identity of the Celtics doesn't coincide with one of a team where players encourage one another and push each other to be better as a cohesive unit.


"I want to win down the line," Morris added. "It has to be fun, have to have fun doing this. I look at all these other teams and guys are jumping on the court and guys are moving the ball, guys are setting up and helping guys on defense, guys are generally happy for each other. I look at this team and I don't see that."

When Brad Stevens' comments on how he needs to come up with a solution to the problem was mentioned to Morris, the starting forward said he's willing to come off the bench if it meant making the team better. He's willing to be the player to spark the necessary change.