Could the Celtics succeed without Kyrie Irving? 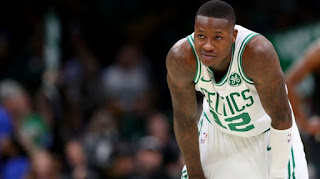 The Celtics have never had to deal with the risk of seeing a star player of Kyrie Irving's caliber walk away from the franchise.

Bill Russell, Larry Bird and John Havlicek all played in Boston until the very end, and even though Paul Pierce finished his career with brief stints in Brooklyn, Washington and Los Angeles, he was traded and initially didn't want to leave Boston.

Historically, this doesn't typically happen to the Celtics. However, now a days, franchise players, including two of the best the league has to offer, like LeBron James and Kevin Durant had no problem leaving a team via free agency.

As well run as the Celtics have been, the player control that defines the NBA era we are currently living in doesn't always value franchises like previous generations. James had no problem leaving the Miami Heat, a well-oiled machine with All-Star players like Dwyane Wade and Chris Bosh still in their prime, led by Pat Riley.

Most stars enter free agency with the thought of chasing a championship ring, while others really care about their next challenge, and if Irving wants to dive headfirst into the clown show that is being staged at Madison Square Garden, the more power to him. It will hurt for Celtics fans to say goodbye but this is his life and he can do what he wants with it.

We don't know what's best for Irving, so let's stop pretending we do. If Irving leaves, what is Ainge to do? Well, he has Plan B in store for Terry Rozier, who will sign a big contract -- one that won't come close to the kind of money that is currently saved for Irving -- and take over point guard duties.

Celtics' current starter is vastly superior to the player who comes off the bench. Although a decent chunk of Irving's statistical output can be replaced by Rozier, the question is: How does Rozier fit with Gordon Hayward?

So far, the two have proven incapable, it's just Hayward is not good enough to return to the starting lineup so Brad Stevens is forced to make due with the mismatch pairing in his second unit. There's also Rozier's disparity of his performance between him on the road and at home.

He's been very inconsistent -- a solid plus-4.6 in front of Boston's faithful, and a negative 2.9 when playing anywhere else. Rozier's aggressive, shoot-first style seems to only work as a starter though, which makes one wonder what kind of number he could produce in a full season.

Perhaps, Rozier is someone who breaks the ice from the opening tip and works himself into a groove. Having him come off the bench disrupts all of that.

Overall, Rozier is obviously a step down from Irving but of course, the Celtics could do a lot worse.