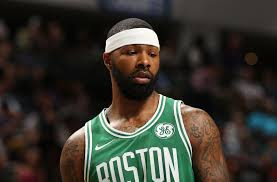 Marcus Morris, who was looking to make his regular season debut against the San Antonio Spurs on Monday night, has been sent for assignment to the G-League.

According to ESPN, coach Brad Stevens suggested the Celtics forward needed a "good hard practice" before playing in his first real game.


Morris had been eyeing return tonight but Brad Stevens had said he needed a good hard practice before a game. Celts hosts Kings on Wednesday https://t.co/qcVQXxBevi
— Chris Forsberg (@ESPNForsberg) October 30, 2017


Morris will join the Celtics G-League affiliated Maine Red Claws for one practice after missing the Celtics first six games of the season due to right knee soreness. Morris is not expected to play against the Spurs, but could make his first appearance of the year as a Celtic on Wednesday against the Kings at the TD Garden.