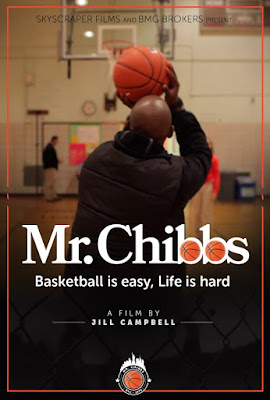 It's been 10-years since former NBA All-Star and Boston Celtics point guard, Kenny Anderson has retired from his playing career. But since then the New York City playground legend has been through life's peeks and valleys and has struggled with many things outside of basketball including the death of his mother, divorce and even a DUI.

The former No. 2 overall pick overall in the 1991 NBA draft opens up about life post retirement in his new film titled "Mr Chibbs: Basketball is easy, Life is hard"

The observational documentary follows Kenny Anderson through his journey to find himself in the midst of a mid-life crisis despite earning more than $63 million during his 14-year professional basketball career.

Anderson, who had to file for bankruptcy at one point, says he's learned a lot about himself during the making of the film,

"I'm trying to lead a productive life. I always check my actions when I walk out the door - 'This is why I'm gonna do this...' After being so selfish for my entire life - because everything's been given to me so easy - to become selfless is a hard thing. It's a humbling thing,  a humbling experience, " says Anderson. [New York Daily News]

"Mr. Chibbs," was written and directed by Jill Campbell and premiered last week at the DOC NYC festival. The former Georgia Tech product holds no punches an reveals all the good and bad from his childhood all the way through his many stops during his playing days.

"When you're abused - verbally, physically - you don't know love. My third wife (Natasha), she said, 'I love you at your worst,' The film, it's painful but it's true. It's honest," says Anderson. [New York Daily News]


"Mr Chibbs," chronicles Anderson's joys along with his pains and it reminds him about the backgrounds that many athletes come from who become famous and wealthy and the burden they live with day after day.

"If I talk about it, it can help somebody. I can be a voice because of my platform - 'Hey, I'm human.' In most cases, kids don't have anything to look towards - it's just real dark. They commit suicide, go to drugs - heavily. I did alcohol a lot. I caught myself. I said, 'I've got to get out of that life.'" [New York Daily News]

After more than 10,000 points scored and over 5,000 assists made during his career, Anderson is waiting on possible coaching jobs as he continues to live in South Florida. Of course he still makes his way back to his native Queens, New York where it all started, whenever he can, and for the time being he continues to give motivational speeches anytime he's called upon ranging from basketball camps, to collages, universities and everywhere in between.

"It'll come along one day. I'm young, I'm going down the right path. I gotta keep the faith and keep doing the right thing. Life lessons," says Anderson. "I don't run away from my mishaps." [New York Daily News]

Click below to listen to Causeway Street Podcast's interview with Kenny Anderson, where he speaks about the film, his time in Boston and where the name of the documentary; Mr. Chibbs came from.

For more information and where you can view this documentary, visit MrChibbs.com