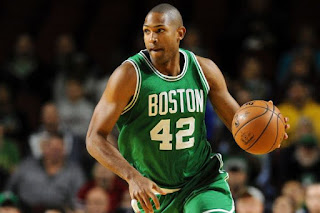 Celtics big man Al Horford will not be facing the Wizards on Wednesday, while his teammate Kelly Olynyk -- who is listed as questionable -- could be making his season debut in Washington.

Horford, who will be missing his fourth straight game, has not made progress in the NBA's concussion protocol program and will not be making the trip with his teammates. Horford will be joined by forward Jae Crowder (sprained left ankle) as the two are both ruled out for Wednesday night's game.

Olynyk, who has been recovering from offseason shoulder surgery, was a gametime decision Sunday night before the Celtics took on the Nuggets and was ultimately ruled out. He will be making the trip to Washington but team officials still haven't cleared him to play.


"Once we all come up collectively with a timeline, that's what it's going to be. Sooner or later, I'm sure," Olynyk said Monday. "It's all arbitrary anyway, but I feel good. I'm getting really close."

With starters Horford and Crowder not playing, the Celtics could certainly use some help in their thin front court. After a blowout loss by the hands of the Nuggets, Celtics coach Brad Stevens indicated we may see some lineup changes in Washington but is still undecided.

After suffering back-to-back losses, the Celtics (3-3) will look to add to their win column against the Wizards (1-5) Wednesday before they come back home to host the Knicks on Friday.