Al Horford (concussion) out again, will sit out against Pelicans 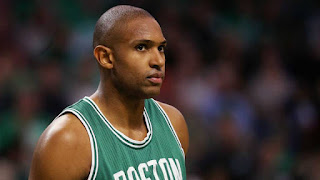 He's not "quite ready to play."

Brad Stevens told the media hours before the Celtics tip-off against the Pelicans in New Orleans.

Horford was considered a game-time decision Monday afternoon -- a promising sign that his condition improved since before the team's morning workout.


"There's certain things that you look for and you want to make sure that you feel well and that there's nothing lingering or anything," Horford explained. "I gotta go out there and feel 100 percent. And I'm still trying to get there." [Celtics.com]

Horford, who practiced with his teammates Monday morning, said it's an encouraging sign that he felt good enough to go through pregame workouts.


"I think that for me that's a really good sign and I'm happy I'm able to do that," Horford said. "I hear that when people come back from these things they have a hard time doing these workouts." [Celtics.com]

The Celtics could certainly use their best defending big man against All-Star center Anthony Davis, who individually has been the league's most dominate big man -- averaging 31.1 points, 10.7 rebounds and 3 blocks a night -- on a team that's gotten off to a very slow start.

However, the C's will have to carry on without Horford, who will miss his seventh game due to the league's concussion protocol after he suffering a mild concussion in pracatice six weeks ago.

The Pelicans (1-9) sit at the bottom of the Western Conference and hold the worst record in the league. It's safe to say New Orleans is hungry for a win and will give the Celtics (5-4) their best shot at grabbing their second win of the season.