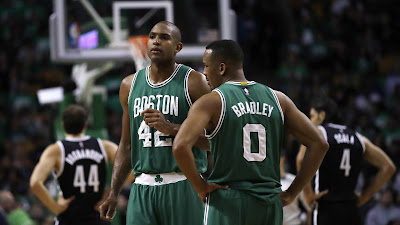 Al Horford has been placed in NBA's concussion protocol -- ruling him out for Wednesday night's game against the Bulls on at TD Garden and is expected to also miss Thursday night's matchup against the Cavaliers.

The Celtics bigman took a hit to the head during practice on Monday and reported the incident to team physicians but didn't show concussion symptoms until the following day. Horford was examined by team doctors and was then placed in NBA's concussion protocol program -- ruling him out for Wednesday night's game and most likely Thursday's game in Cleveland.

Another Celtics starter who may also be ruled out against the Bulls is guard Avery Bradley. Bradley sat out of Tuesday's practice due to a sore right shoulder and is considered a gametime decision.

If Bradley does sit out, Marcus Smart -- slated to make his season debut -- will most likely get the start in the backcourt alongside Isaiah Thomas.