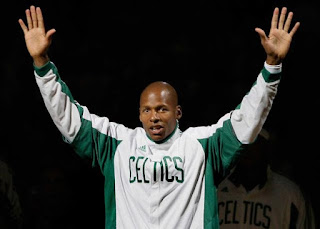 The comeback is off.

After talks about making a possible comeback, the former Celtic announced his retirement in a letter on the Players' Tribune on Tuesday -- ending an 18-year NBA career as arguably the game's greatest shooter of all-time.

"I write this to you today as a 41-year-old man who is retiring from the game," Allen wrote. "I write to you as a man who is completely at peace with himself."

Allen was a vital piece to the Celtics' 2008 championship team as a member of Boston's new Big Three alongside Paul Pierce and Kevin Garnett. He also won a second championship with LeBron James, Dwayne Wade and Chris Bosh in his first season as a member of the Miami Heat in 2013. Allen played another season with the Heat -- his last year in the league -- one that ended in a Game 5 loss to the Spurs in the NBA Finals.

As a 10-time All-Star and the league's all-time leader in 3-pointers made (2,973), Allen will undoubtedly be inducted into the NBA's Hall-of-Fame.