Kelly Olynyk Could Make Debut Against the Nuggets 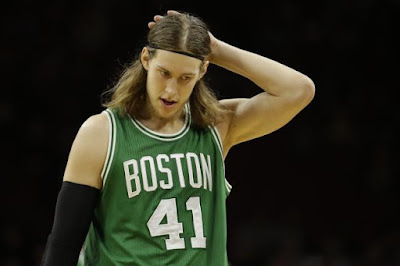 According to CSNNE.com, Olynyk will be listed as questionable for Sunday's match-up at the TD Garden. The big man underwent shoulder surgery this past offseason and the timetable for his return was for the middle of November.

Olynyk practiced on Friday, as the Celtics assigned him to the D-League affiliated Maine Red Claws in Waltham while the rest of the C's had the day off for rest.

"That's going to be his and Eddie's call [tram trainer Ed Lacerte)," said Celtics coach Brad Stevens when asked about Olynyk's conditioning and the possibility of suiting up against the Nuggets.

The Celtics are without Al Horford (concussion) and Jae Crowder (ankle), at least for the next few games, have both been rebounding well for Stevens so far this season. Olynyk, who's not the best rebounder, would provide much needed help up front by creating more space on the offensive end.

Boston will take on the Nuggets on Sunday night beginning at 7:30 PM ET on Comcast SportsNet New England