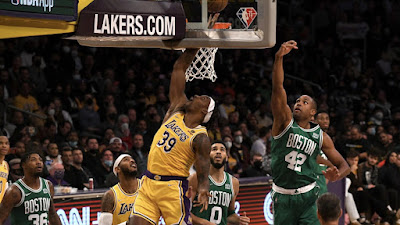 The Celtics have been busy this offseason building on their NBA Finals run by trading for Malcolm Brogdon and signing Danilo Gallinari.
Team president of basketball operations Brad Stevens says he wanted to add scoring and playmaking off the bench this summer and so far he has accomplished that.
Here's what Boston has done over the past few weeks:
There are three remaining roster spots available, as the Celtics are still looking to add a backup power/forward with the three-big rotation of Al Horford, Robert Williams and Grant Williams proving they were good enough to push the Golden State Warriors to six games last month.
While both 36-year-old Horford and Robert Williams should play reduced minutes this upcoming 2022-23 campaign, Stevens finding a quality backup at center would be key to preserve the Celtics frontcourt depth during an 82-game season and another likely deep playoff run into June.
With the team's $17.1 million Traded-Player Exception going unused (expired this past Monday), Boston still has a $6.9 million and $5.9 million TPE they can use to acquire a player via trade.
Despite the Celtics being already $19.8 million over the tax-line, there are still some viable options that won't break the bank and or put Boston into even further tax-penalty territory.

Now these names aren't the sexiest, but they won't cost much either, which is exactly what a championship contending roster needs -- who are already a luxury-tax paying team as currently constructed.
Joel Pavón
Follow @Joe1_CSP