Marcus Smart on Malcolm Brogdon trade: 'I love it' 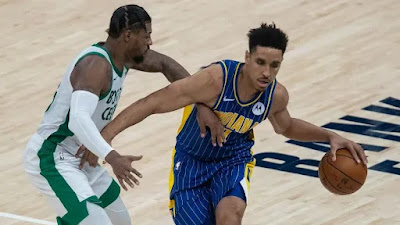 Count Marcus Smart on board with the Celtics acquisition of Malcom Brogdon, following a trade with the Indiana Pacers being made official this past week.
The longest tenured Celtic spoke with Jay King of The Athletic about the addition of Brogdon, despite Smart recently addressing his naysayers on his role of being the team's starting point.

"I love it," Smart told The Athletic. "You've got two veteran guys who can feed off each other, who can rotate and help this team in multiple ways. I think it's going to fit perfect. Not one of us will have all the pressure of running the team. We're doing this together."

Brogdon, who has already expressed how he's willing to embrace a sixth-man role with the C's, is a veteran combo guard that's known for his playmaking and scoring -- will provide a huge boost off the bench for Ime Udoka. Still, there's going to be moments where he and Smart will share the floor together and both are looking forward to it.

The Celtics have also added to their second unit depth by signing sharpshooter Danilo Gallinari via free agency, which is a move Smart also approves of, as Boston looks to make another run to the NBA Finals.

"We got two talented players," Smart told The Athletic. "Of course, we all know what Malcolm brings to the table, we know what Gallo brings. And it's just exciting to add those guys. So for me, I'm excited. I’m excited to get in the gym with them, I'm excited to work with them."