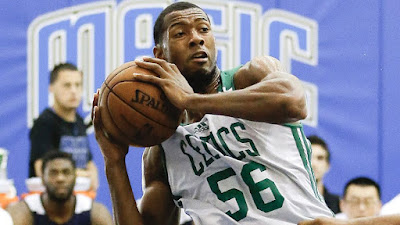 After a deep playoff run to the NBA Finals in his first year as a head coach, Ime Udoka has decided to add another state of Oregon connection to his coaching staff.
Mike Moser will join Damon Stoudamire, Aaron Miles, and Ben Sullivan with Portland ties as part of Udoka staff in Boston after the recent departure of Evan Bradds (player development), who was hired by former Celtics lead assistant Will Hardy -- who is now the new head coach of the Utah Jazz as of earlier this month.
Moser spent last season as an assistant coach under Kelly Graves at Oregon's women's basketball program, following a role in player development with the Dallas Mavericks between 2019 and 2021.

Thank you @GoDucksKG & much love to my squad @coach_jnared , @GoDucksJKB , @briellemoseley & @OtiGildon for the opportunity to coach, learn, & grow with you all this past year. I’m so grateful for the time we shared. My family and I are going to miss y’all!💚Always a Duck💛 https://t.co/nQUSrBp1SC


Before the 31-year-old became a coach, he played six years professionally overseas after going undrafted in 2014. Moser joined the Celtics Summer League squad that same year along with Marcus Smart and Kelly Olynyk, where he averaged 13.6 points, 4.8 rebounds and 2.0 assists in 26.2 minutes per game.
Joel Pavón
Follow @Joe1_CSP