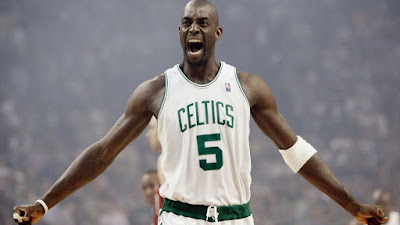 The NBA released their 2021-22 regular season schedule Friday afternoon, which is set to tip-off on October 19.
The Celtics are celebrating their 75th season and so is the league, as they look to pay tribute throughout this diamond anniversary.


The season will begin for the Celtics on October 20 at Madison Square Garden, as they face Kemba Walker, Evan Fournier and the New York Knicks, before their home opener on October 22 when Boston hosts the Toronto Raptors.
In their first 21 games between October and November, the C's will play 10 games at home and 11 on the road -- a huge difference from last season when 15 of their first 23 contests were away from TD Garden.
The Celtics will head out to Milwaukee on Christmas Day in a matchup with the reigning NBA champions, as one of 32 nationally televised games on ESPN (11),  NBATV (10), TNT (7) and ABC (4).
Other marquee dates to circle on the calendar this upcoming season include, November 12 when the Finals MVP Giannis Antetkounmpo comes to Boston, December 7 against the Lakers in Los Angeles and February 8 vs. the Brooklyn Nets at the Barclays Center -- which will the first time playing in the same arena where they were eliminated in Game 5 of the first round of the playoffs.
There will be 14 featured back-to-backs for the Celtics, more than any other team around the association. The Play-In Tournament is scheduled for April 12-15, as the playoffs will start on April 16 and the Finals is programmed for a June 2 start.
One last night to pay attention to if you're a C's fan is March 13, when the Celtics not only host Luka Doncic and the Dallas Mavericks, but that will also be the date that Kevin Garnett gets his No. 5 retired into the Garden rafters.
Joel Pavón
Follow @Joe1_CSP