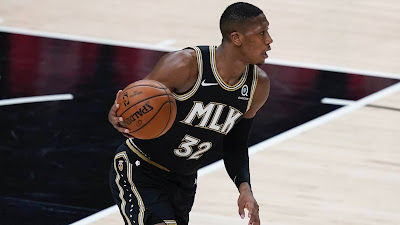 The Celtics have officially announced that they have traded Tristan Thompson to the Sacramento Kings for guard Kris Dunn and center Bruno Fernando from the Atlanta Hawks.
Boston also receives a 2023 second-round pick and Atlanta will acquire Delon Wright from Sacramento to complete the three-team deal.
Thompson averaged 7.6 points and 8.1 rebounds in his first and only season with the Celtics after signing a two-year contract for the Non-Taxpayer Mid-Level exception last year.


Dunn signed with the Hawks via the Room Exception last offseason and exercised his $5 million player option for the 2021-22 campaign. The 6-foot-3 guard spent nearly all of this past season injured and played in only four regular season games for Atlanta. Dunn has career averages of 8.2 points, 4.1 assists and 1.5 steals per game.
Fernando is a 6-foot-9 center, who put up 3.3 points (49.8% shooting) and 3.1 rebounds for Atlanta, but only averaged 6.8 minutes in 33 games played.
Dunn is on an expiring contract worth $5,005,350, while Fernando's deal is $1,782,621 for this upcoming season. Dunn will be an unrestricted free agent in 2022 and Fernando could be a restricted free agent next summer.
According to NBA insider Keith Smith, the Celtics acquired Dunn and Fernando via the Kemba Walker Traded Player Exception and Boston has also created a new Traded Player Exception for Tristan Thompson worth $9,720,900.
The Celtics roster now stands at 14 players on fully guaranteed contracts. Jabari Parker is the only player on the team with a non-guaranteed contract.
Joel Pavón
Follow @Joe1_CSP