Celtics announce the signing of Xavier Silas to 10-day contract 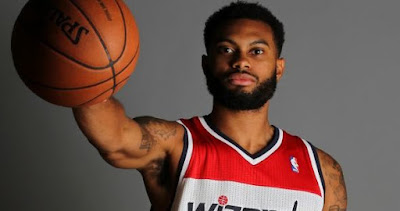 The Celtics have signed Xavier Silas of the NBA G-League to a 10-day contract using their hardship exception. The 6-foot-5 guard last played for the Northern Arizona Suns this season, while averaging 18.8 points and shooting 38.1 percent from behind the arc.

Silas, 30, who graduated from Northern Illinois in 2011 and last played in the NBA during the 2011-12 season with the Philadelphia 76ers (two games), has bounced around Europe, China and the G-League over the last six years.


Silas has become the first member of Ice Cube's Big3 league to make a return to the NBA and was a big part of USA basketball and their FIBA's World Cup qualifying team, coached under Jeff Van Gundy, who called the guard "a tremendous pro."

It's unlikely that Silas will be signed by the Celtics beyond his 10-day deal, as Danny Ainge would have to waive someone on the current roster to make room for Silas for the postseason.

Here are some highlights of Silas below, enjoy: