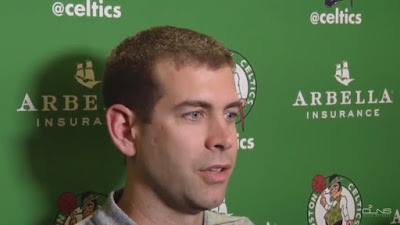 With the final weeks of the regular season approaching, Celtics head coach Brad Stevens isn't keeping a close eye on the league's Coach of the Year race.

While many consider the Celtics coach a top candidate for the award, Stevens told reporters before facing the Raptors Saturday evening that he hasn't given it much thought and doesn't think his name belongs in the running.


"Could care less," Stevens responded. "There's 29 other great coaches and just to be a head coach in this league is enough. It's super hard. There's no way that I would ever consider myself to be in that race."


"I think Dwane (Casey) should be at the top of anybody's list and that's the way it goes," Stevens said. "At the end of the day the job is to coach our team but what he's done is special. What Nate McMillan has done is special, what multiple people around the league have done is special. Dwane's been doing it for a long time, and this team is playing at a super high level."

The Raptors (55-20) entered TD Garden three games ahead of the the Celtics (52-23) for first place in the Eastern Conference.