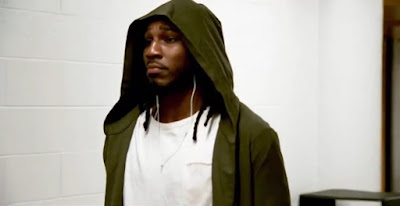 After the Celtics reeled off a 115-104 win against the upstart Utah Jazz (their sixth in eight games) on Tuesday night at the TD Garden, headlines in Boston have been swirling around about the Celtics faithful CHEERING for free agent to be and Jazz forward Gordon Hayward.

A good number of Celtics fans felt it was a good time to help Danny Ainge’s odds in free agency by 'wooing' Hayward with a few ovations in attempts to show the Jazz star swingman just how lovely it could be to be a part of the Celtics rich tradition and family.

Crowder was quoted as saying the ovations were “Disrespectful” and was clearly bothered by the action of some fans he has fought so hard to win over. Twitter became a buzz with back and forth tweets between the player and fans that even Brad Stevens had to step in and play mediator.

Despite the backlash the forward has gotten over the last 48-hours locally and now nationally, it's clear Crowder wants to be a part of something special. He has addressed his feelings on the subject matter while standing his ground. The evidence is as clear as day when he spoke to the media on Thursday after practice:


"Obviously, I don't want to leave Boston," said Crowder. "Obviously, I love it here. Obviously, the fans have treated me great. No doubt about that. I still stand behind what I said about how I felt disrespected when they're cheering for Gordon Hayward. I live with that. I stand behind that 100 percent as a man, as a basketball player who puts my time away from my family into it."" [ESPN Boston]

I for one, agree with Jae Crowder.

The Garden has become a pandering group to all who could 'potentially' don the green and it's making Red Auerbach rollover in his grave. A once proud fan base has been reduced to a crowd of cheerleaders who look to win over pending free agents by loudly cheering for them even at the detriment to their own current roster. Not only is it sad as a Celtics fan, but it’s also a sign of the times when it comes to the NBA landscape. Making opposition fear and loath playing in Boston is now being replaced by open arms and blowing kisses to mid-level NBA talents like Gordon Hayward.

In one night, the Celtics faithful has managed to alienate a key starting player and sound like Hilary Clinton on HOT 97 talking about hot sauce in her purse. While this practice has become common play (see Kevin Durant, Al Horford, and Kobe Bryant’s retirement party) I would plead with the TRUE Celtics fans out there to STOP this silliness. Don’t stoop to the levels of Lakers or Heat fans. Be the arena that other players HATE to play in. That is what will get them to LOVE you.

Tuesday night’s display was shameful and we can only hope it didn’t just cost us one of the game's hardest working small forwards in the process.