Avery Bradley to miss Tuesday's game against the Toronto Raptors 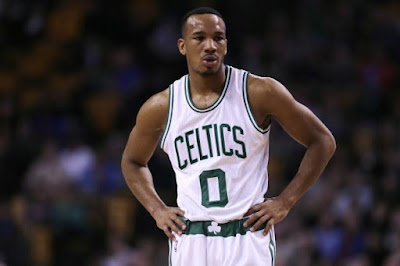 The Celtics are 23-14 and one game behind the Toronto Raptors for second place in the Eastern Conference. Both teams will face each other for the second time on Tuesday night at the Air Canada Centre as probably the biggest game of the season for the Atlantic Division rivals.

Boston, once again with an opportunity to make a statement against one of the NBA's best, has to do so without another key starter. This time it's Avery Bradley's turn to miss some action, as the same strained Achilles injury that kept him out of Saturday night's 117-108 Celtics' win over the Pelicans, will sideline him again on Tuesday against the Raptors.


"He felt a lot better after treatment yesterday and today,” said coach Brad Stevens, who was told Bradley’s return would likely be 5-7 days after the injury initially happened last week. “The fifth day would be Wednesday.” [CSNNE.com]

Toronto will be ready to go with a full roster besides old friend Jared Sullinger, who's been out all season with a foot injury, they're at full strength. The Raptors already own a victory over the Celtics this season in what was a comeback win at the TD Garden without Isaiah Thomas in the lineup last month.

Marcus Smart will make his second consecutive start in the backcourt as Boston looks to not only even the season series with the Raptors but climb into a tie for the second best record in the east as well.

Not that there's ever a good time for an injury to occur, but the Celtics, winners of 8-of-10, are firing on all cylinders at the right moment to make some noise in a quiet conference. This is the fourth C's starter to be put on the disabled list this season but Stevens will look to lean on his bench to assure a victory up north.


“They’re really good,” Stevens said of the Raptors. “You want to go in fully healthy, but that’s part of it. That’s part of an NBA season. You play guys that are available. We’re going to have to play really good collectively to win.” [CSNNE.com]

The Celtics will also be without Tyler Zeller (illness) and James Young (ankle) on Tuesday, expect some quality minutes for Gerald Green and Terry Rozier in what should be a good one north of the border.