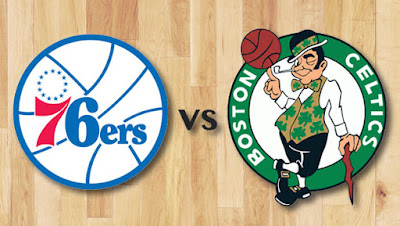 The Celtics and the Philadelphia 76ers are scheduled to play a regular season game at the O2 Arena in London on January 8, 2018 as part of the NBA Global Games, according to Yahoo Sports.

The matchup between the Atlantic Division rivals will feature a much anticipated look at the Sixers No. 1 overall draft pick Markelle Fultz, which most believed the Celtics were going to select in last month's draft, only to trade the pick to Philadelphia and select Jayson Tutum at No. 3

Tutum is averaging 18 points and 8 rebounds so far in the Summer League, while Fultz (8 points, 2 rebounds, 15 minutes in three games) has been sidelined with an ankle injury.

The game will mark the fifth straight year the league has hosted at least one game in London and the eighth ever regular season game in England's capital overall.

The Celtics and the rest of the NBA will release their 2017-18 regular season schedule in August.

The NBA and the NBPA (National Basketball Players Association) has announced the full rosters for NBA Africa Game 2017, the league's second game in Africa.

The event will take place on August 5 at the Ticketpro Dome in Johannesburg, South Africa, following the 15th edition of BWB (Basketball Without Borders) Africa.

Jaylen Brown, who will play for the Team World side, will be the only Celtic to participate in the event as the game will once again feature a Team Africa (African born and second generation NBA players) vs Team World (comprised of players from the rest of the world) format.