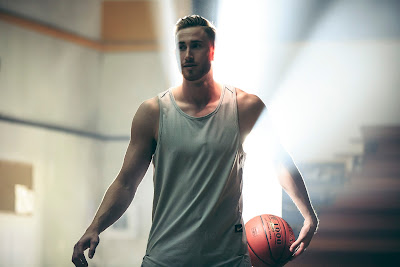 After a crazy day full of conflicting reports, Gordon Hayward confirmed he will sign with the Celtics just before sunset Tuesday evening, in a heartfelt piece for The Players Tribune.


Celtics Twitter was in a state of frenzy on the Fourth of July but Hayward cleared the air, posting a letter to Utah, thanking them for the past seven seasons while also talking about how excited he was to reunite with his former coach at Butler, Brad Stevens. Hayward called it "unfinished business" -- alluding to the 2010 NCAA National Championship, when Hayward missed the go-ahead shot as time expired.

He also talked about the storied franchise that is the Boston Celtics and the potential he sees in his newfound teammates.

"And now I've decided to sign with the Boston Celtics," Hayward said. "There were so many great things pulling me in that direction. There was the winning culture of Boston, as a city -- from the Sox, to the Pats, to the Bruins.

There was the special history of the Celtics, as a franchise -- from Russell, to Bird, to Pierce, and it goes on. There was the amazing potential of this current Celtics roster, as a team -- from ownership, to the front office, to a talented roster with Isaiah, and Al, and everyone else. And of course, there was Coach Stevens: Not just for the relationship we've built off the court -- but also for the one that we started building on the court, all those years ago in Indiana.

And that unfinished business we had together, back in 2010, when I left Butler for the NBA... as far as I'm concerned, all of these years later, we still have it:

And that's to win a championship." [Players Tribune]

Hayward is expected to sign a four-year max deal worth over $130 million. Celtics will have to make adjustments to the roster in order to create more cap room before officially inking Hayward to his new contract. It's has already started with the C's renouncing their rights to Kelly Olynyk -- making him an unrestricted free agent -- and waiving Tyler Zeller.

Expect the Celtics to make other moves in the near future such as waiving second and third year players like Demetrius Jackson, Jordan Mickey and trading one of their key rotation players in Avery Bradley, Marcus Smart or Jae Crowder via trade.