Ray Allen tells Celtics fans: 'Get over it' 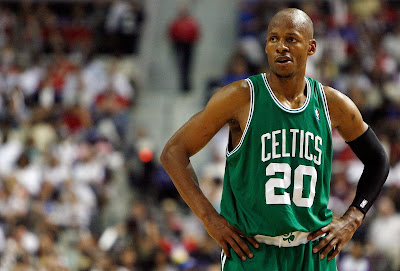 It took five years for Ray Allen to finally tell off Celtics fans that criticized him for leaving Boston for Miami back in 2012, but the response -- one that was so uncharacteristic of Allen -- was worth the wait.

Allen, who turned 42 on Thursday, took time out of his birthday to respond to comments made on an Instagram post. Celtics fan page, BostonCeltics4ever, posted a photo telling followers to wish Allen a happy birthday, which of course triggered vicious responses from Celtics fans who weren't eager to do that because he left Boston to join LeBron James and the rival Heat.

Under his verified account, @trayfour, Allen didn't respond to one of the people calling him a 'traitor,' and or others who made even nastier remarks, instead, he responded to someone who just simply wrote 'no.'


"Ya'll need to get over it!!! where were you all when the team tried to trade me. It's a business, we go where it's necessary just like you all do in your jobs!!!!I will always be a Celtic no matter what any of you say. Get over it!!!!"

He then thanked the Celtics fans that did wish him happy birthday:


"Oh and Thank you everyone for wishing me a happy birthday!!!"

After seeing former teammates Kevin Garnett, Paul Pierce and Kendrick Perkins go on national television this past season and tell him he owes them an apology, clearly Allen's has had it with the backlash he's still receiving.

However, Allen could again be the victim of another hacker (enter sarcastic tone here). The day after his former teammates had their reunion without him on Area 21, this picture was posted on Allen's Facebook account. 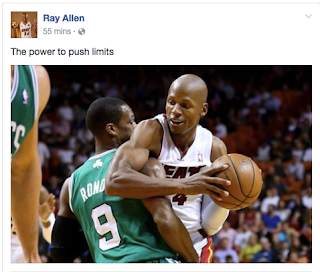 His publicist issued a statement on Allen's behalf, stating his account was hacked.