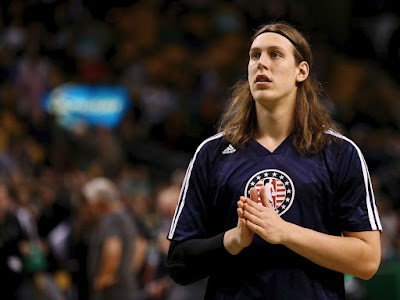 The Celtics and Kelly Olynyk have parted ways, after a Tuesday filled with chaos surrounding the announcement of Gordon Hayward formally choosing to play in Boston for the next four-years.

According to Adrian Wojnarowski of ESPN, the Celtics have renounced their qualifying offer to restricted free agent Kelly Olynyk, officially making the seven-footer an unrestricted free agent. The report also states that multiple teams have engaged in negotiations with the forward and they've met his price point.

The move should come as no surprise for Danny Ainge, who needed cap room and Olynyk off the books in order to sign Hayward.

Olynyk was traded to the Celtics from the Dallas Mavericks on draft night back in 2013. The Canadian averaged 9.5 points (37 percent from behind the arc) and 4.7 rebounds per game in his four seasons in Boston.