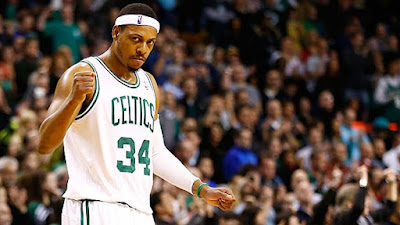 Paul Pierce will retire as a member of the Boston Celtics.

The team announced Monday that it has signed Pierce to a contract that will allow him to retire as a member of the organization.


"It's an honor to have this opportunity to once again call myself a Boston Celtics," Pierce said. "The organization and city took me in and made me their own, and I couldn't imagine ending my career any other way. I'm a Celtics for life."

Pierce spent his first 15 seasons with the Celtics, the second longest tenured player in franchise history behind John Havlicek (16). He is the Celtics' second all-time leading scorer (24,021) behind Havlicek (26,395) and averaged 21.8 points, 6 rebounds, 3.9 assists, 1.4 steals in green and white.


"We're honored that Paul has chosen to retire as a Celtics. He is among the very best Celtics -- a champion on and off the court," said Celtics managing partner Wyc Grousbeck in a press release. "We congratulate Paul on a Hall of Fame career and look forward to seeing his number raised to the rafters at TD Garden."