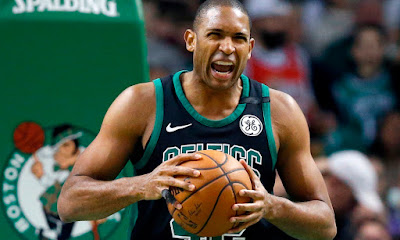 The Celtics have announced that center Al Horford, who has sat out on Monday against the New Orleans Pelicans with a sore left knee, will miss "at least a few games" after being diagnosed with patellofemoral pain syndrome.


#NEBHInjuryReport Al Horford is going to be out “for at least a few games,” says Brad Stevens. He has been diagnosed with Patellofemoral pain syndrome in his left knee.
— Boston Celtics (@celtics) December 12, 2018


Horford has missed the last two games since his 19-point, 12-rebound performance against the New York Knicks last week.


"This is one of those things that it just wasn't getting better," Horford told reporters on Monday.

Horford explained that he continues to deal with inflammation in his left knee for a greater part of the past month.


"I don't want to have to keep dealing with this and have a question mark game after game," Horford said on Tuesday. "I just have to listen to the training staff and what the doctors are telling me. I've got to buy into that."

On Wednesday, coach Brad Stevens said that Gordon Hayward (illness) will miss his second straight game and Jaylen Brown (illness) was also a late scratch from tonight's lineup, as the Celtics face the Wizards on the road.

Aron Baynes (ankle) makes his return after a three-game absence, as the Celtics big man will start for Horford on a minutes restriction, while Kyrie Irving (sore shoulder) is also ready to go after missing Monday night's win at home

Boston will look to extend their win streak to seven games when they tip-off against Washington for the first time this season.