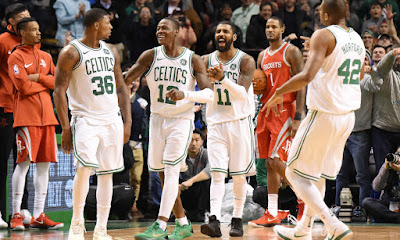 Since Marcus Smart decided it was a good idea to slam his hand through a picture frame, a lot of questions have been raised.

Is Marcus Smart a headcase? I won't deny it.

Is it his fault he's missing games? Absolutely. He'll even admit that.

Are the Celtics better off without Marcus Smart? NOOOOOOOOOOOO... are you even watching the games?

What is Marcus Smarts real value to this team? Well, I'm glad you asked...

Simply put, looking at all of all the moves in the past month across the NBA, there is no addition that will have as much impact on the Eastern Conference Playoffs as Marcus Smart returning to the Boston Celtics.

The Cavaliers blowing up a broken roster and filling it with unproven young guys and the ghost of George Hill is a close second, but right now the Celtics have been playing like the Tin-man leading up to the All Star Break.

They need a heart.

One of the reasons Smart gets a bad rap is his cringe worthy shooting 35-percent from the field.  Granted, his stats are not on the level of a prolific NBA All-Star, and sure Smart is known to make some bone headed plays now and again. I'll give you that, but it's also evident those stats mean nothing in the value proposition of Smart.

Stop me if you've heard this before but the dude just makes winning plays and what he does bring to the table is  is heart, hustle, and grit. Those three qualities are overrated on bad teams, yet vital to talented teams with championship aspirations.

The Celtics have enough talent built around Marcus Smart, that his intangibles  turn him into an invaluable asset to the team. He is exactly what this team needs to push them over the top. The Celtics need Smart to compete for an NBA Championship - and we haven't even started to talk about what he brings to the defensive end.

Now that I got that out of the way, it's time for me to completely contradict myself...  lets talk about what is statistically proven about the 2018 iteration of Marcus Smart. (Spoiler Alert - it has nothing to do with shooting percentages) 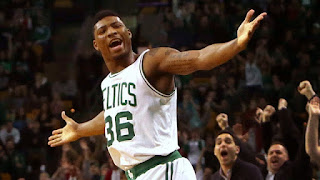 Let that sink in for a little bit.  Sure, you can argue Kyrie Irving needs to play at an MVP level, or Al Horford needs to facilitating big and dominate the pick and roll but the fact of the matter is Marcus Smart is clearly the gas that makes the Celtics engine go.

On the defensive end Smart makes all the difference. This team, just as Brad Stevens likes it,  is built around defense. The Celtics tote the best defensive rating in the league this year at 100.9. Since Smart has been out in February, they are a 109.3.  That is not the best in the league if you were wondering. It's 18th. Avery Bradley and Jae Crowder ain't walking through that door folks. Marcus Smart IS the Celtics defense in 2018.

What makes it worse, is leading up to the all star break the Celtics had a chance to make a huge statement against the Raptors and Cavaliers and instead were embarrassed. They almost ruined Paul Pierce night for gods sake! Giving up 111 to the Raptors and 121 to the Cavaliers is just downright pitiful for a team that was the best in the Eastern Conference for a majority of the first 59 games.

These two games were a measuring stick game against the two teams who have been consistently in the top four in the East in the past four years. 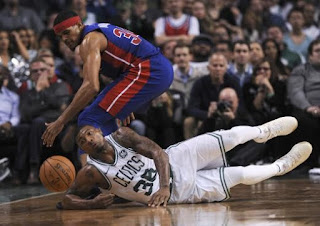 Without Smart the Celtics couldn't slow down a G-league team right now and that was evident when the Austin Rivers lead Clippers came to Boston and put up 129 points, just when you thought things couldn't get worse.

Smart scheduled to make his  much needed reemergence on Friday night, and with only 23 games left in the regular season, the Celtics may have received their heart just in time to get back on track. Shout out to JOHN Q.