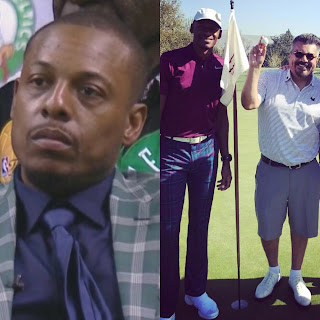 No one should really be surprised that Ray Allen was not in attendance during Paul Pierce's retirement ceremony, despite the two former Celtics teammates and 2008 NBA champions were seen together in China for the first time in over five-years last September, when it seemed all was forgiven between the two.

But don't worry if you had money on that fact Ray Allen would not at least acknowledge Paul Pierce on social media at some point, you were wrong.

It took more than 48-hours later, including lots of backlash from fans and media outlets surrounding the one person obviously missing from the much anticipated event in Boston, but Allen took to Instagram in a lengthly post showing Pierce love and reflecting on their 2008 title run.


"Despite what you may have heard or read or what is rumored -- there is nothing but love. Paul and I are more interested in building bridges than putting up walls," wrote Allen. "To Paul, number 34, congratulations on having your number raised to the rafters. I salute you for your commitment to the city of Boston and to us the 2008 NBA champions #thetruth." 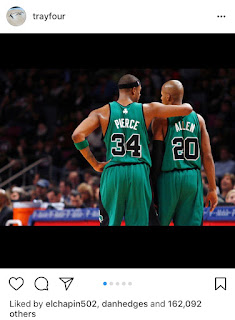 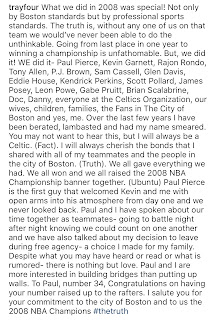 Of course in classic Allen fashion instead of just keeping the post about Paul Pierce and the Celtics, he had to mention how over the last few years he has felt "berated, lambasted" and even his "name smeared," but hey it's the thought that counts.

Even Kevin Garrett approved the post, as he commented with many green clovers, so all is forgiven for the 10-year reunion later this season right?

For those wondering, where was Allen while the Celtics were raising Pierce's No. 34 into the TD Garden rafters on Sunday night? Ray-Ray was down in Florida on the golf course with celebrity George Lopez, after he posted a picture of his day on Instagram pretty much at the same time 'The Truth' was getting honored back in Boston. 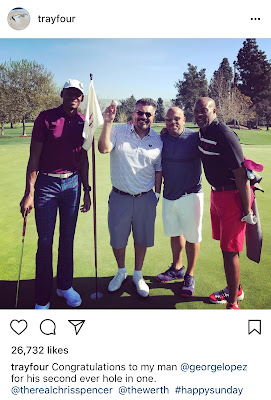 Many commented on the Sunday post and Allen's absence in disapproval, including ESPN's Stephen A. Smith, who said there should have been "no reason on Earth" why Allen decided to skip out on Pierce's special day, since it was the perfect opportunity to get back into the the good graces of his former Celtics teammates for leaving Boston to head to Miami the way he did back in 2012.

Garnett, Doc Rivers, Rajon Rondo Brian Scalabrine and Leon Powe were all in attendance from the 2008 championship team.

During his appearance on ESPN's "The Jump" on Monday, Pierce was asked about Allen not being at his jersey retirement and he didn't seem at all upset by it.


"A lot of guys weren't there and he lives where, Miami? I don't know," said Pierce. "To each his own. I have no problem."


"Big Baby, I think was in Boston. These guys that I talk to every week, so I'm more upset at the other Allen," said Pierce. "[Tony Allen] was just waived. He was at home. He could have been here."


What do you think, was Allen's post about Pierce a class act or just simply an act to stop the 'name smearing campaign?'