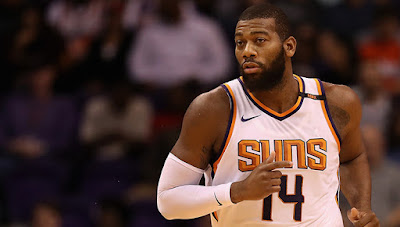 The Celtics have added the offensive help they've been looking for.

Greg Monroe has agreed to sign with the Celtics for the remainder of the season, according to ESPN's Adrian Wojnarowski, who broke the story early Friday afternoon.

The free agent big man recently reached a buyout agreement with the Phoenix Suns earlier in the week, making him an unrestricted free agent.


After reportedly talking with the Pelicans Thursday -- a team willing to offer Monroe a starting job in place of their All-Star big DeMarcus Cousins, who's out for the remainder of the season -- Monroe and his agent ultimately decided to sign with Boston.

Monroe will join a Celtics big-man rotation alongside the likes of Al Horford, Aron Baynes, Marcus Morris and Daniel Theis. He will add offensive production to the second unit, along with his ability to pull down boards.

According to Boston Globe's Gary Washburn, the Celtics' $8.4 million DPE (Disabled Player Exception) offered more money to Monroe than New Orleans had on the table.


Confirming that Greg Monroe will join #Celtics when he clears waivers. BOS has long held interest in Monroe and had its DPE to offer more money than #Pelicans
— gary washburn (@GwashburnGlobe) February 2, 2018


Although the Celtics only used $5 million to sign Monroe, they cannot use the remaining $3.4 million in a separate deal. New Orleans could only offer $2.2 million.


The eight-year veteran is averaging 10.4 points and 7.4 rebounds this season in 25 games this season, split between his time with the Bucks and most recently, the Suns.