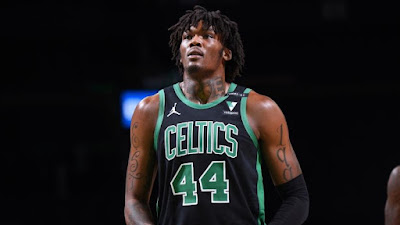 Celtics president of basketball operations Brad Stevens made his first weekly radio appearance of the 2022-23 NBA season.
Stevens spoke on Boston's 98.5 The Sports Hub in light of a recent report about Robert Williams' possible return. The Athletic's Shams Charania revealed that the Celtics big man received a PRP injection this past Monday to further assist in the healing process of his surgically repaired knee and said Williams wouldn't be back in the lineup until most likely the "second half" of the regular season.

"I'm told his hope is sometime in December or January, but it could even be later than that," Charania said of Williams.

That timeline would be much longer than the original two-to-three month window the Celtics announced following Williams' knee produce on September 22. On Thursday, Stevens insisted nothing has changed for the 25-year-old center and that he's still on the eight-to-12-week time frame.

If Williams continues on the original 8-to-12 weeks plan, that would potentially have him back on the floor between Nov. 15 and Dec. 15 -- much sooner than what Charania's report is stating. However, the Celtics statement last month did say "return to basketball activities" in that time frame, meaning Williams could not return to game action until much later.
The Celtics used a combination of  Al Horford, Grant Williams, Noah Vonleh and Blake Griffin in Tuesday's night win over the a much bigger 76ers team at TD Garden -- leaving Mfiondu Kabengele and Luke Kornet as the only frontcourt players that received a coach's decision DNP in the season opener.
If Boston can continue to rack up wins using a much smaller lineup, there should be no rush in bringing back Robert Williams sooner rather than later.
The Celtics face the Miami Heat Friday night on the road, as ESPN has the tip-off at 7:30 PM ET.
Joel Pavón
Follow @Joe1_CSP