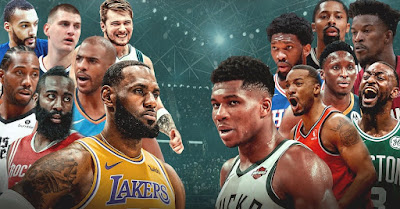 The NBA's board of governors is reportedly expected to approve Adam Silver's plan on a 22-team format to resume the season in Orlando, Florida, according to league sources.

ESPN's Adrian Wojnarowski, reports that the conference call and vote is scheduled for 12:30 p.m. ET on Thursday.


Silver has shared some key details of his proposal plan beginning July 31 at Disney's ESPN World Wide Sports Complex, which would include 13 Western Conference teams and nine Eastern Conference teams, eight regular-season games, a possible play-in tournament for the eighth seed, followed by the playoffs. The last possible date for an NBA Finals Game 7 is set for Oct. 12, sources told Woj.


The top 16 teams in the Eastern and Western conferences will be joined by teams that are currently within six games of the eighth seed in each conference -- New Orleans, Portland, San Antonio, Sacramento, Phoenix and Washington.

Teams will begin training at their practice facility in July and advance to full training camps at Walt Disney World Resort later in the month.

The NBA and National Basketball Players Association are ironing out details of the safety protocols during and outside of competition before the return-to-play plan is approved.

Players and coaches will be allowed to eat at outdoor restaurants, but will need to practice social distancing requirements.

The NBA is planning to have daily testing for COVID-19 within the Disney campus and if a player tests positive for the virus, that player will be removed from the team to quarantine and treated individually -- and others team members will be tested immediately, while games will continue, sources told ESPN.

The board of governors requires three-fourths of the 30 teams to approve the commissioner's plan to restart the NBA season, that has been suspended since March 11 -- due to the coronavirus pandemic.