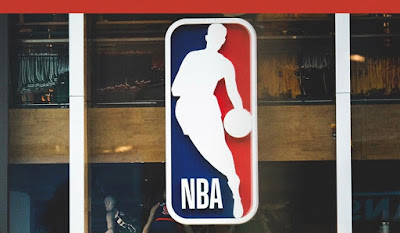 The National Basketball Coaches Association has established a committee on racial injustice and reform in NBA cities, following recent events of "police brutality, racial profiling and the weaponization of racism."

The NBCA described these social issues as "shameful, inhumane and intolerable." Gregg Popovich, Steve Kerr, David Fizdale and Stan Van Gundy -- were among the coaches selected to a committee that helped denounce the killing of George Floyd in Minneapolis last Monday. The recent pattern of violence and intolerance toward African Americans across the United States has continued to cause outrage.

The NBA's 30 head coaches participated in a video call on Saturday, while NBCA president Rick Carlisle and executive director David Fogel told ESPN that the NBCA is planning to discuss how to begin to take action immediately across league cities.


"As NBA coaches -- both head and assistant coaches -- we lead groups of men, most of whom are African American, and we see, hear and share their feelings of disgust, frustration, helplessness and anger. The events of the past few weeks -- police brutality, racial profiling and the weaponization of racism -- are shameful, inhumane and intolerable.

"Witnessing the murder of George Floyd in cold blood and in broad daylight has traumatized our nation, but the reality is that African Americans are targeted and victimized on a daily basis. As NBA coaches, we cannot treat this as an isolated incident of outrage.

"We are committed to working in our NBA cities with local leaders, officials and law enforcement agencies to create positive change in our communities. We have the power and platform to affect change, and we will use it."

Celtics coach Brad Stevens tweeted he was onboard with the NBCA, as his player Jaylen Brown, Marcus Smart, Enes Kanter and Vincent Poirier participated in peaceful protests over the weekend.


"I've said this many times, I think the NBA is amazing and I think our players are amazing. We're lucky we have such great people representing us with the Celtics."


Stevens, who was on a conference call with the media Tuesday, spoke about to the recent events that have sparked protests around the nation.


"Extreme sadness, and obviously I think that a lot of people feel the pain and it transfers to anger," he said.

Stevens said he wanted to share his feelings on the events of this past weekend, which inspired him to write a letter to his players.


"It took me a while to put down exactly what I wanted to say, but I think the thing I wanted them to know is that every decent person is hurting," Stevens said. "Every decent person feels the pain of the African American community, but I also don't want to pretend like I know the exact, distinct pain.

"What I wanted them to know is I'm with them, and I thought that was really important, and it's so great to see so many guys so active."

The Celtics released a statement Sunday night in a message of solidarity, following Boston's peaceful protests.


"We stand with our players, employees, partners, and fans in being committed to championing the change we need."