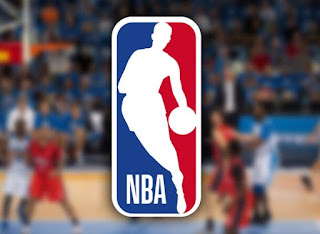 The NBA and National Basketball Players Association are reportedly planning to paint "Black Lives Matter" on the court inside both sidelines in all three arenas at Disney World's ESPN World Wide of Sports Complex.

According to Ramona Shelburne and Zach Lowe of ESPN, the league has discussed in length about ways of making a statement regarding social justice issues when it resumes the 2019-20 season at the end of July in Orlando.

Over the last week the NBA and NBPA have been addressing the concerns of many current and former players, who have called to skip the restart of the season following the death of George Floyd and keep the momentum of the Black Lives Matter movement going.

Chris Paul, who is also the president of the NBPA, has already been working with the league to come up with several ideas on to how to use the NBA as a platform to spotlight social injustice and police brutality -- including players using their jerseys to also make a statement with personalized messages.


"We're just trying to continue to shed light on the different social justice issues that guys around our league continue to talk about day in and day out," Paul said Friday after a conference call. "People are saying that social justice will be off of everybody's mind in Orlando. With these jerseys, it doesn't go away."

The WNBA also plan to paint "Black Lives Matter" on the court when it begins its shorten 2020 season at the IMG Academy in Bradenton, Florida. Some WNBA players have suggested that team's warm-up shirts could display "Say Her Name" on them to keep the attention on black female victims as well, including Breonna Taylor, who was shot and killed by police back in March in her home in Louisville, Kentucky.

Several WNBA players, such as Renee Montgomery of the Atlanta Dream and Natasha Cloud of the Washington Mystics, are sitting out the upcoming WNBA season to focus on social justice.

Many players from both the NBA and WNBA have participated in protests around the nation over the past month.